The Four Pillars of Wealth Management

Wealth management is a deeply personal, long term process that will differ from person to person depending on their circumstances and goals. Whilst it is imperative to take this into consideration when developing a strategy to achieve financial objectives, there are four main concepts that are applicable to almost all financial planning journeys and are […]

How to be financially prepared for 2023?

This past year has proved precisely how unpredictable the economy can be, and how quickly the changes can impact investments and our day-to-day lives This turbulence can be deeply disruptive, not only to our finances but also to our quality of life and mental health,  especially when you are in the process of trying to […]

Freeze on the Inheritance Tax thresholds results in receipts of £4.1B for the government

In the Autumn statement, Conservative chancellor Jeremy Hunt confirmed that the Inheritance Tax threshold would be frozen at £325,000 until 2028 in a bid to provide additional income for the government. Hunt originally made the decision to freeze the IHT threshold last Spring until 2026 but has now announced the two-year extension as a result […]

Do you still have bank accounts, National savings products and investments, in the UK?

It can be comforting to retain the financial assets you have always had as they are familiar in a way that you understand. This is a natural feeling especially as many people are adapting to the Spanish way of life. However, the questions to ask are, is this wise, is this the best strategy to […]

Over the past few years’ Portugal has developed a reputation as the new tax haven for affluent and high net worth individuals, all of whom wish to achieve tax optimization by relocating to a friendly, discreet and safe EU country. With Portuguese residency they are able to acquire a special tax regime, with many attractive […]

The Chief Officer of Gibraltar has announced the following changes in his 2022 Budget Address which took place on 28th of June.  Tax  The tax rates across all tax bands under the Allowance Based System and the Gross Income Based System are being increased by 2% for two years, after which time they will be […]

5 Misconceptions about working with a financial adviser

If you’re considering wealth management but are completely new to the process, you likely have some preconceived ideas, and possibly reservations, about what working with a financial adviser is like. Like a lot of the industry, there are plenty of myths and misconceptions surrounding the financial advice service, some of which can be off-putting to […] 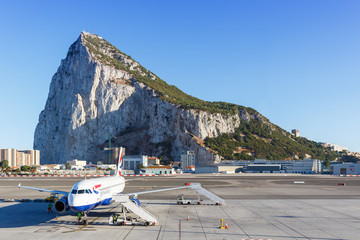