Freeze on the Inheritance Tax thresholds results in receipts of £4.1B for the government

In the Autumn statement, Conservative chancellor Jeremy Hunt confirmed that the Inheritance Tax threshold would be frozen at £325,000 until 2028 in a bid to provide additional income for the government. Hunt originally made the decision to freeze the IHT threshold last Spring until 2026 but has now announced the two-year extension as a result of recent economic challenges the government has faced. As inflation pushes wages and asset value up, this decision is estimated to result in an additional 10,000 families becoming liable for IHT when they would’ve previously been in the nil-rate bracket. If the IHT allowance was to be increased proportionately to inflation, it would now be set at £464,000 rather than £325,000.

Who is liable for paying IHT?

Those liable to pay IHT will have to pay 40% to the government on any part of their estate that is above the IHT nil-rate threshold, now frozen at £325,000.

You do not need to pay IHT if:

If an individual passes away and leaves their estate to their spouse or civil partner, that partner will also inherit their IHT tax allowance, meaning their beneficiaries will not pay any tax on inheritance worth under £650,000.

If an individual were to pass on their home to their children or grandchildren, this can increase that person’s IHT allowance to 500k.

There are several other ways to reduce your IHT payments, such as gifting money whilst you are still alive. Your beneficiary will still have to pay tax on this amount if you pass away within 7 years, but this amount will decrease as each year passes from the time of gifting (taper relief).

You may also be able to reduce your IHT rate to 36% if you leave 10% of your estate to charity.

How effective has this freeze been for the government so far?

Since its implementation, the freeze has been incredibly successful, generating £4.1 billion for the government between April and October of 2022 – an increase of £400 million compared to the same time period last year

The freeze is expected to generate almost 33% more per year by 2027 than the amount today.

If you would like to arrange a complimentary consultation with one of our experienced financial advisers to discuss how you could minimize your IHT for your beneficiaries, simply click the link below.

Talk to us today

To understand more about how our Freeze on the Inheritance Tax thresholds results in receipts of £4.1B for the government Service will benefit you, Contact Us Today

Expats Can Take Advantage of Tax Changes in Murcia and Andalucía 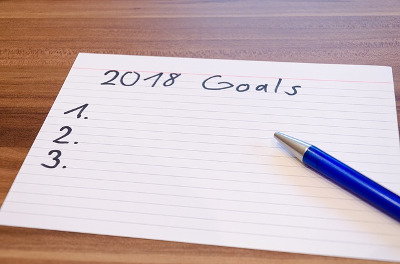 2018 has brought good news for many expats tackling the idiosyncrasies of finance in Spain and, especially for those who want to manage their legacy planning successfully.

This is because British and other EU citizen expatriates in Spain have received a boost in relation to succession tax laws.

Under the Spanish regional system, expats in Spain (but not those from outside the EU or EEA) can avoid costly Spanish state succession rules on passing; instead they are able to take advantage of kinder regional laws, such as those just implemented by Murcia and Andalucía.

In these areas, if you have Spanish assets but have not quite yet become a fully-fledged expat or indeed if you have Spanish property but still reside full-time in the UK; your heirs, wherever they may live, are entitled to the full range of succession tax reliefs offered by the region in which your assets are invested. Sometimes this may be as much as 99% succession tax relief or, in some cases, total exemption.

Will your income be cut by the new dividend tax?

Many ex-pats are still suffering from the cuts in income that have taken place due to the very low interest rates they continue to endure on their savings.

Well brace yourselves for more!  Any of you who rely on dividends from shareholdings to supplement your income are about to see a whole new look to the tax regime associated with them.

Dividends are annual cash payments made to holders of certain shares, they provide a vital source of income to many pensioners who rely on savings in retirement. The way dividends are to be taxed is to change from April 2016 and will see basic-rate taxpayers subject to a new levy of up to 7.5 per cent.