A recent survey from Aviva entitled the Real Retirement report has highlighted several problems currently faced by retirement savers. Thankfully, at Blacktower, we believe that simply talking to a professional, reputable financial adviser can help to remedy most of the issues raised.

The bottom line of the report is that people are having to work longer than they originally hoped or planned. Almost half of the survey’s respondents said they intended to work past 65, nearly a quarter plan to work beyond the age of 70, two in five aren’t sure when they’ll be able to retire fully, and more than one in ten don’t believe they will ever fully retire. Also, 63 percent of respondents said that their current intended retirement age is older than what they expected it to be ten years ago.

It’s really no secret that people are expecting to work longer. Currently, Aviva predicts that the average retirement age for men and women is 66, while just seven years ago it was 65 for men and 62 for women. The state pension age is set to rise, reaching 68 in 2044, and many are concerned about the problems that will be caused if the Government raises the state pension age too much.

While it’s true that a large portion of older employees choose to keep working as they enjoy the mental stimulation and opportunity for social interaction their job provides, many more feel they have to keep working because they can’t afford to retire. And 43 percent of respondents in the Aviva survey saying that they don’t have sufficient pension savings and 32 percent expressing worries regarding keeping up with the high cost of living.

And as people continue to work into their later years, the toll on their health is becoming a significant factor. The research found that more than 5 million workers aged over 50 are worried about how potential issues with their health will mean they’ll be unable to continue working (13 percent of respondents said that their health condition is already causing them to struggle).

Worryingly, less than one-fifth of the respondents said they had access to wellbeing advice and initiatives that could help them look after themselves better. Coupled with the fact that many feel unable to retire because of insufficient funds, this means that many workers will be put in the stressful position of having to continue working out of financial necessity even though it is detrimental to their health.

Lindsey Rix, managing director for savings and retirement at Aviva, suggested ways employers could help mitigate the situation. Rix believes it’s important for employers to offer older employees flexible working hours and reduced responsibilities so that their job is able to match their changing health status so they can remain in their working role.

While there are several reasons why someone will continue to work well beyond the age they initially planned to retire, financial problems shouldn’t have to be one of them.

Receiving professional help from a Blacktower adviser can help you focus on the most effective ways to reach all your financial goals. Our expat financial services advisers will take your individual circumstances into account and provide you with a tailored approach to your finances. This will help you decide what’s best for your money and help you on your way top achieving your long-term retirement goals. A financial adviser can also help work out how to budget for everything you may need in the future, including healthcare.

For over thirty years, we’ve been helping Britons, both those in the UK and British expats abroad, find the most effective wealth management solutions. Our expat financial services teams can assist you in various ways. For instance, it may be beneficial for you to move your pension fund into a QROPS, which may provide you with tax relief, as well as many other retirement planning and wealth management options.

We want to make it easier for you to reach your savings goals, giving you peace of mind for the future and putting you in a better position so you can retire at a time that suits you.

To find out more about the expat financial services we offer, contact Blacktower today. We have main offices in the UK and Gibraltar, as well as offices in some of the most popular expat destinations across Europe and beyond.

New study reveals the best and worst countries for the gender pay gap When it comes to equality and finance, one of the biggest talking points around the world is the gender pay gap. But there are other factors to consider when analysing the situation, including the cost of living for an individual compared to […] 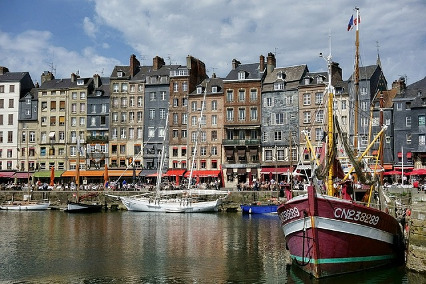 The value of having expat regular savings has been underlined by a recent survey which showed that the typical 55-year-old borrows £6,785 against the value of their home in order to take a holiday, with others borrowing an average of £58,850 in order to buy a holiday property.

“With an average spend approaching £7,000 for holidays, travel is a popular choice for those unlocking cash from their homes, often alongside other uses to improve their lifestyle in retirement,” said Dean Mirfin, technical director at Key Retirement, the firm behind the survey.