Given that so many retirees receive their pensions in pounds rather than euros it should come as little surprise that a proportion are struggling to retain their previous level of spending power. For example, a pension worth 655 euros on June 23 is now worth just 555 euros.

As a result many expats in France have had to make the kinds of economical savings that pre-Brexit might have seemed unimaginable, with some even expressing concern about their ability to meet the costs of a comfortable expatriate life in the long-term.

It is worth remembering that many of the Brexit doom and gloom scenarios predicted by some sections of the Remain camp have not come to pass and that a difficult period of uncertainty and adjustment was always going to be inevitable.

And now that Prime Minister Theresa May has said that she will trigger Article 50 of the Lisbon Treaty by the end of March 2017, it can only be a positive thing that the official two-year Brexit process will soon begin in earnest.

In the meantime there are, fortunately, steps that expats in France can take in order to be properly prepared for what the future may hold. One such step is to apply either for French nationality or a “carte de sejour” residency permit. The latter gives holders the right to remain in France even without the naturalisation status conferred by the former.

Of course, it is also vital that expats seek financial advice regarding their wealth management options, with the value of having effective QROPS arrangements in France never clearer than it is right now.

But perhaps, above all else, it is important that expats don’t become fodder for media scaremongering. Against this background it can be useful for expats to remember why they moved in the first place and to consider whether they are still enjoying the numerous benefits and lifestyle opportunities that are still afforded by residence in France.

How to get a mortgage in Germany as an expat

Nestled in the heart of Europe, Germany is widely considered one of the EU’s strongest and most stable countries. It continues to be a popular retreat for those looking to securely protect and invest their capital, particularly with expats looking to move to a new country with a calm market. And with practically no restrictions […] 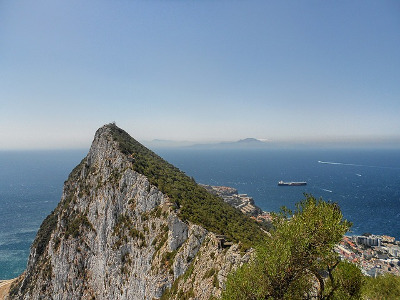 At the beginning of March 2017, a report titled “Brexit: Gibraltar” was published by the House of lords EU Select Committee. The purpose of the report was to make sure UK Government does not forget about Gibraltar during negotiations for an exit deal, ensuring its voice is heard.

The potential issues facing Gibraltar are felt to be so concerning that a debate on the report was held on March 21 in the House of Lords. The Chief Minister of Gibraltar, Fabian Picardo, attended the debate. At the session Baroness Goldie stated that the economic bonds between the UK and Gibraltar would be maintained and strengthened after Brexit, and Picardo said this was “deeply important” for Gibraltar.