What needs to be declared on modelo 720

Spanish Tax Residents (are you certain you are not considered tax resident in Spain? (see below)) must declare overseas assets worth more than €50000, including:

Are you a Spanish Tax Resident?

Seems complicated, but establishing tax residency in Spain is very simple. You are a Spanish Tax Resident if:

These rules have been tightened up to include those who deliberately spend less than 183 days a year in Spain to avoid being tax-resident. We know of cases where car hire, flight details & credit card bills have all been used to prove time spent in Spain.

What can be done to avoid this?

Had Mr Expat invested in a Spanish Tax Compliant Bond instead, no savings tax would be payable as no withdrawal was taken and he would not even need to declare the plan to the Hacienda.

Firstly, if no withdrawal is made, there is no tax to pay – a huge saving in tax.

Now assume the €10,000 gain is withdrawn. The important consideration here is that partial withdrawals are apportioned partly between “redemption of capital” (from the original investment) and partly from the gain.

Most clients I meet wrongly assume the tax would be the same as their current non-compliant investment of €1,980 (19.8% of the gain). But this is not the case at all. The tax due would be reduced significantly as calculated in the three stages below:

Mr Expat would be taxed €1,980 in a non-compliant investment even if no withdrawals had been made, whereas in a Spanish tax compliant bond he would only have a tax bill of €172.71 even when taking the full €10,000 and zero if no withdrawal was made. A tax saving of €1,807.29 in the first year.

This is a spectacular difference in a country’s treatment of investments where tax is concerned.

If these dramatic tax savings have not made your ears prick up, then consider these additional advantages of Spanish compliant investments:

Your current investments may be causing you problems with non-declaration or draconian tax bills. The time to review your investments in line with your Spanish tax Residency is now.

How to Reduce and Manage Financial Stress

With the events of the last two years resulting in increased stress levels for many, it is more important than ever to recognise the impact of stress on our mental and physical wellbeing and take steps to prevent or reduce stress becoming a catalyst for more serious health concerns. Financial pressure is one of the […] 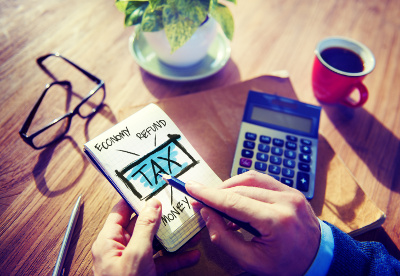 Back in 2015, the introduction of the non-domiciled (non-dom) tax resident status as part of the Cyprus tax system paved the way for new opportunities around tax planning and savings, as well as opening the door for potential inheritance tax benefits. The opportunity is, however, not that straight forward, as the tax agrement requires careful individual attention.