Is May’s proposal “fair and serious” or does it put British expats in jeopardy?

In short, May has said that all EU citizens who have lived continuously in the UK for five years or more will be eligible to apply for ‘settled status’, which means they and their families can stay in the country and have the same rights as British citizens. Meanwhile, those who have lived in the UK for less than five years will have the opportunity to build up to the five-year settled status providing they arrive before the cut-off date. This date has not yet been confirmed but will be before Friday 29 March 2019 – the scheduled date for Britain finally parting ways with the EU.

Those arriving after the cut-off date will have no guarantee that they’ll ever be able to achieve settled status.

The problem with May’s plans? Many think they pale in comparison to the deal already laid out by the EU.

In contrast to what May has offered, the EU negotiators’ proposal made a fortnight ago, which guarantees a lifetime protection of all existing rights for British expats living in the EU and EU citizens living in the UK, has been praised as very generous by many groups representing the affected expats, as it maintains the status quo.

However, the British government didn’t even acknowledge the EU’s offer. What’s more, they stated that their more meagre proposition was only on the table if it was reciprocated by the EU – a suggestion that has angered many Britons living in EU countries. Now many expats are worried that, since reciprocity is being demanded and May’s offer falls short of the EU’s, the EU will be forced to retract its original offer, potentially reducing the rights of all expats.

Davis Spokes, a spokesman for the campaign group Expat Citizen Rights in EU, which supports the rights of all UK expats living in Europe, voiced his concerns. “We find it bizarre that [Theresa May] expects the EU to reciprocate to her offer which falls short of their own. Does she expect the EU to water down its offer to match hers?”.

Similarly, Sue Wilson, chair of Bremain in Spain, a group campaigning for the rights of British citizens living in Spain, gave her own highly critical opinion of May’s proposal.

“If May wants to be ‘fair and serious’, she should just agree quickly to everything the EU has already proposed.” Wilson added, “We are merely asking to maintain the status quo, with no degradation of our rights – it’s not a matter of generosity but of justice.”

Wilson also said that the Prime Minister is “acting as though she is making the first move, and we should all be impressed and grateful at her generosity”, even though the EU’s existing offer was “far more generous, for both EU and UK citizens living abroad”.

There may be still be some cause for hope that British expats, and their rights, will emerge unscathed in a post-Brexit world, however. In the same policy paper that included her offer to EU nationals, May also made pledges on pensions and healthcare for British expats which may help settle some fears.

The Prime Minister said that UK expats’ pensions will not be frozen, and will instead continue to be uprated under the triple lock system. She has also said that the government will aim to continue to provide healthcare cover to Britons in the EU, continuing the current arrangement in which the UK gives around £500 million to EU countries to care for the Britons living abroad. May has also said she intends to continue an arrangement similar to the European Health Insurance Card (EHIC) scheme.

However, despite the Prime Minister’s promises, many are still not filled with confidence. Speaking to the International Adviser, Sue Wilson questioned the uncertain wording of the policy paper, as it only said it would “seek to protect the healthcare arrangements” instead of giving an absolute guarantee.

Overall, the consensus among campaign groups is that May should accept what the EU has already proposed so that British expats can continue with their lives as normal instead of being used as bargaining chips. And as Jane Golding, chair of British in Europe told the Guardian: “Any offer by any side cannot be described as generous. All people want is the status quo and to continue with their lives. All we are looking for is to have what we have already.”

The world of Brexit is complex and ever-changing, but one thing you can rely on is that Blacktower’s expat financial services advisers can help you stay up-to-date with the issues that concern you. Offering professional monetary guidance from our experienced EU-wide regional teams, Blacktower can help you decide how best to manage your money and ensure your rights in uncertain times. 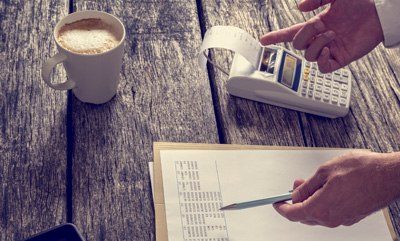 On Thursday the Bank of England (BOE) rate committee met to discuss interest rates, and, even though inflation is growing, yet again they have decided to leave the base rate at 0.25%. They obviously feel this is the best option as they assess the extent of any consumer slowdown and while they continue to play the waiting game regarding how the EU Brexit divorce negotiations pan out. The BOE seems to be playing a deliberate wait and see game, and with economic news continuing to be negative in the last few weeks, it now seems likely that the base rate could stay at this level until at least 2019.