A table of six UK Expats were debating the new Tax rates being levied on inheritance (IHT) by the UK’s HM Revenue & Customs (HMRC) as of the 6th of April 2017. Whilst the debate seemed, at first, animated they were indeed showing signs of anger to a point at which the establishment’s management asked them to leave.

It appeared to me that people believe the HMRC has a duty to advise, in advance, of pending Tax changes. In essence I agree when it comes to IHT (specifically relating to inheriting the family home) because people need to plan for their heirs not to pay the obscene Tax being imposed on their estate. When you consider the investment was already net of Tax, which means one’s parents had the foresight to invest prudently their hard earned money and now the Tax man wants his share (once you’ve deducted the not so generous inheritance tax allowance). It is indeed most disturbing when one’s children may have to sell their parents’ home, especially if it’s where they were raised, should they not have the ability to meet the Tax demanded of them.

This subject is indeed very emotive but I was aghast to listen to the arguments, by my fellow Starbucks frequenters, that they were more miffed, not by the above moral issue, but by the new powers bestowed on HRMC in unravelling the multiple layers of their offshore structures. Ostensibly, this enables the Tax man to “see through” these vehicles establishing who is the ultimate beneficial owner (often referred to as “enveloping”) and charge IHT on the assets within the structure on death. The family home, in most cases, is the pinnacle grief heirs have when debating the IHT and secondary, all other assets contained in the estate at large.

Many decades ago, like hide and seek, it was fair game and legal (and still is) to use such offshores structures, namely Foundations/Trusts, for honourable accession planning. More often than not these legal entities were incorporated in Tax Jurisdictions that often afforded favourable tax conditions.

However, in recent times these structures have been usurped by the non-UK domiciles to invest in the UK property through the usage of offshore company structures or trusts. The most obvious rationality in using such opaque structures is that up until now all assets held in such environments were exempt of IHT.

With the introduction of UK’s IHT set at a rate of 40%, this tax saving is significant and has enabled investors to take advantage of the favourable UK property market in an enviable legal tax-efficient manner. However, the game changer has been the new legislation imposed in this year’s government budget.

For example, if one invested in a property in UK through an offshore structure (Without wishing to debate the origin of funds entrusted into these structures) and the property has a market value of £3 million, the IHT charge will be as follows:

Why I am not surprised? As one knows in the UK we need to go through a relatively long probate process before the beneficiaries have access to the inherited assets. For good measure the heirs will need to first of all pay the IHT coupled with the probate fee, irrespective of whether they have the means or not – seems fair?

The probate fee was, pre budget, a flat fee of £215, but it is envisaged to rise substantially. I was reading an article regarding the proposed punitive increase and what I was able to glean was an example given and I quote; “In the UK, The probate fee is currently a flat fee of £215 (or £155 if using a solicitor), but will rise dramatically in May 2017, with estates above £2 million seeing the fee rise from £215 to £20,000 – that’s a 9,000% increase!” End quote.

Is there a silver lining?

YES, is the answer. However, not all cases are identical and there is no magic wand. The change in legislation and hike in probate fees will make estate planning an important aspect for more people, and many non-UK domiciles will now need to plan for a future UK IHT liability for the first time.

Many Grandparents missing out on full state pension 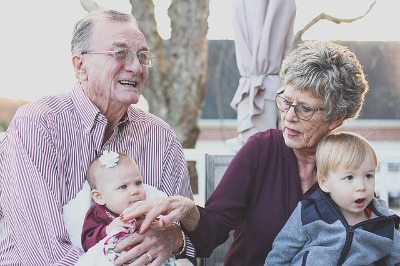 The ex-pensions minister Steve Webb is urging the government and the HMRC to do more to alert grandparents to all the pension perks they’re entitled to after it was revealed that the overwhelming majority are not receiving the full state pension. By missing out on a particular benefit, unknowing eligible grandparents are missing out on £231 a year. Over the course of their full retirement, this could possibly lead to a loss of thousands of pounds.

It is a scheme called the Specified Adult Childcare Credit. It is thought that only 1,300 grandparents are taking advantage of it despite 100,000 being eligible (a mere one per cent). The scope of the problem was found out by Webb when he sent a Freedom of Information request to the HMRC.

The purpose behind the Specified Adult Childcare Credit is to allow grandparents who give up work completely to help raise their grandchildren the chance to claim National Insurance (NI) credits. 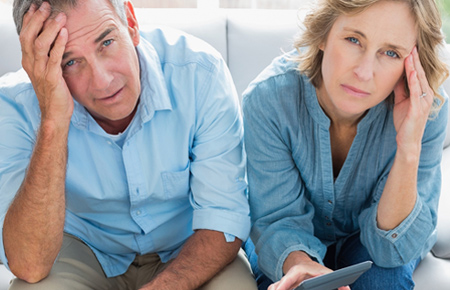 One of the most frequently-asked questions asked by many of the 300,000 Expats living here in Spain is ‘am I resident or domicile?’ It is a good question, and one worth finding the answer to, as your residential status when living abroad affects the way in which you pay tax and how much you pay.