In an interview with the French English-language newspaper The Connexion, Lawson sounded nonchalant about his decision, suggesting that the bureaucracy surrounding the application and developments such as Etias (the EU visa-waiver plan) were not a concern for himself and shouldn’t be considered so for other expats either.

Application problems for some expats

However, the Guardian reports that many Britons in France have already encountered problems with the residency card paperwork and fulfilling the necessary criteria.

Lawson was unfazed, suggesting that it was just a “tiresome rather than serious” issue.

Campaigners for Expat rights have been quick to react, with many citing the hypocrisy of the issue as well as general disgust for Lawson’s “blasé attitude”.

Debbie Williams, founder of BHOV (Brexpats – Hear Our Voice) said, “His comment about things being tiresome is pretty insulting to thousands of people who are going through a lot of hassle, expense and anxiety to get papers in order, all because of a vote they had no say in. Most folk don’t have the means he has… Like many, his thoughts upon loss of rights seem to relate only to his personal circumstances.”

Concern for the future

For many, the issue of preserving rights for all Britons including current expats is one thing – something Lawson has discussed at length in his reasons for supporting Brexit – but it is the potential loss of freedom of movement and the right to work and travel freely in the EU for future generations that has also sparked indignation.

Labour MP Andrew Adonis tweeted, “Good for Lord Lawson to live in France with full EU rights. Shameful that he is undermining right of others to follow suit.”

While we can’t undo the issues caused by Brexit, the team at Blacktower in France and across Europe, can help expats as they approach the eventual shift. By planning in advance and seeking help where you need it, you will be as best prepared as possible when Britain’s exit from the EU finally takes place. 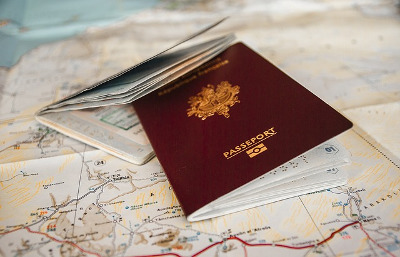 From pension transfers into beneficial QROPS to careful tax planning, expats have a lot to consider so that they can be financially confident and live their life abroad to the fullest.

But with Brexit looming, there are other considerations afoot. For example, should expats keep their British citizenship or apply for nationality in their new expat homeland? And according to new statistics, it appears that the Brexit referendum result has had a significant effect on the number of Britons gaining citizenship elsewhere in the EU.

Figures from Eurostat, the EU’s statistics agency, show a substantial surge in the number of Britons acquiring citizenship in other EU countries between 2015 (2,478) and 2016, when the number more than doubled to 6,555 – that’s an increase of 165 percent. The figures include both those who chose to adopt dual citizenship, so that they kept their British citizenship, as well as those who renounced it.

When an expat is faced with the question of what to do with their pension, there are several options available to them. And it’s important to understand everything that could be beneficial for your pension pot because very few countries offer their citizens high standard pension systems, as shown by the latest Melbourne Mercer Global Pension Index, which ranks the pensions provided by the governments of 30 countries.

The good news is that the Index’s ranking had a few standouts. Near the top of the table, coming in at number two (beaten only by Denmark), was the Dutch system, which is great for any expats in the Netherlands who are eligible to receive the country’s state pension. If you’ve lived or worked in Netherlands, then you would have built up a Dutch state pension. The longer you have lived in the country, the larger your Dutch pension will be (you can combine it with a state pension accumulated in another EU and EEA member country).