The Group has obtained licencing via the Submerged Entities Authority after a challenging three year application process, initially being told by the regulator ‘Don’t hold your breath’.

The licence will cover the Mediterranean Sea, Atlantic and Pacific Oceans, with further expansion planned later in the year.

‘We knew that there was a real market for those clients who largely work within the ocean spaces and indeed permanent underwater residents who do not benefit from onshore financial management services; often left to quite literally store their assets in treasure chests. We wanted to be the first brokerage in the industry to launch our services to these previously abandoned markets and really take a deep dive on their financial circumstances; so we are very excited about this expansion.’

‘Obviously, the Submerged Entities Authority* is notoriously a very difficult regulator to appease and so we will be setting up a virtual office off the Strait of Gibraltar, along with a team of advisers experienced with the legal intricacies of underwater territory. We are delighted to further expand the Blacktower Group of Companies both above and under the shoreline.’

Blacktower Financial Management was founded in 1986 by Group Chairman, John Westwood and the launch of Blacktower (Oceana) follows recent expansions into Australia and Switzerland.

*This regulator does not exist and is purely fictitious. Happy April Fool’s Day from Blacktower Financial Management. 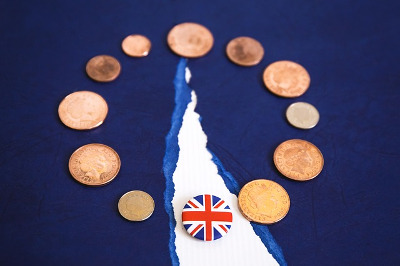 Following on from last week’s blog on pension passporting, written by Rosemary Sheppard, Blacktower IFA in France, The Independent newspaper has now warned that British expats abroad could have their cash flow placed in peril by a no-deal Brexit.

While the talks around Brexit and expat pensions are certainly newsworthy, the reporting of pension payments becoming “illegal”, as stated in The Independent’s headline, is pretty implausible.

The story, published on July 25 2018, said the Association of British Insurers (ABI) had told parliament’s Exiting the European Union select committee of the “plausible” risk that payments from British bank accounts could become unviable.

5 Misconceptions about working with a financial adviser

If you’re considering wealth management but are completely new to the process, you likely have some preconceived ideas, and possibly reservations, about what working with a financial adviser is like. Like a lot of the industry, there are plenty of myths and misconceptions surrounding the financial advice service, some of which can be off-putting to […]