Will the triple lock be scrapped?

The triple lock was introduced by the coalition government in 2010, to protect the pension incomes of the elderly.

The mechanism guarantees that state pensions will rise every year either by the rate of inflation, the average rise in earnings, or the minimum increase of 2.5 per cent (whichever is highest).

The drawback of the lock is that it’s very expensive to retain, and has been criticised by some as unfair to younger families. That’s why, when it comes to times of austerity, it could be a prime candidate to be axed.

Although not yet final, the future of the triple lock is doubtful. Chancellor of the Exchequer, Phillip Hammond said in his first Autumn Statement in November that from April 2017 the triple lock will continue and the state pension will rise by 2.5 per cent.

However, while this may sound positive for the time being as far as pensioners are concerned, Hammond also suggested that after 2020 the benefits for the elderly will no longer be secure against spending cuts, as the government will need to “tackle the challenge of rising longevity and fiscal sustainability”.

What will removing the triple lock mean?

There is concern that removing the mechanism will cause fear and trepidation among those of the baby boomer generation who aren’t as well-off as some of their peers. There are significant numbers of people who rely on the state pension for their retirement income, and those are the ones who will feel the impact most.

Speaking to the Financial Times, the charity director of Age UK, Caroline Abrahams, warned of how damaging the decision to abolish the triple lock could be: “The triple lock is really important to older people, above all to the one in seven living in poverty and the many more whose incomes are only just above the poverty line and who have few if any private pension savings.”

The Labour party has responded by stating that it will commit to keeping the triple lock, with the Shadow Chancellor of the Exchequer, John McDonnell, accusing the Conservative government of “abandoning old people”. McDonnell also mentioned that his party will aim to protect other benefits for pensioners, such as free bus passes and the winter fuel payment, keeping them at the same level until 2025.

To make sure that you are financially prepared for your retirement, thorough financial planning is essential. The Blacktower team are able to help you decide what is best for your pension, such as whether you should put your pension into a qualifying recognised overseas pension scheme (QROPS), which can give you access to many financial benefits depending on where the scheme is based. Our team can guide you with setting up a QROPS in France, Italy, Germany, or other places abroad, each one bringing their own unique advantages. 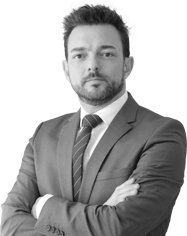 I had a little help from the Head of Year at the school I was at; he suggested that if I didn’t get good grades I should look for a job – so I spent the summer looking for work as a backup and got offered a position with Barclays International Bank; and got great exam results – the rest though is history as they say.

“Eye wateringly difficult” financial challenges…… The new Chancellor Jeremy Hunt yesterday confirmed a re-write of the mini-budget of Liz Truss and Kwasi Karteng. It’s almost as if nothing ever happened – markets and Sterling have stabilised, albeit we believe this will be short lived. The easy job of cancelling the previous shock and awe approach […]