Is time almost up for the 15-year voting rule?

The outcomes of both these votes have the potential to create life-changing ramifications for UK expats, and those Britons overseas who were angered or made anxious by the results can now only wait in the hope that negotiations continue with the best interests of all expats in mind.

The anger of disenfranchised expats has led to French lawyer Julien Fouchet filing a legal case against the European Commission. Fouchet declared that, because the referendum vote excluded the say of the group likely to be the most affected by it, the referendum’s result is void and all Brexit talks are illegal and should be cancelled. However, despite there being “serious arguments” in favour of the case and having received hundreds of testimonies from Britons in the EU, Fouchet accepted that his chances of success were uncertain, and the unlikelihood of his case changing the progression of Brexit negotiations.

It’s the unfair nature of the situation, as well as campaigning efforts by several expat groups, which have led to the ‘votes for life’ bill being created, and in rather promising news, it has recently been confirmed that the bill has passed through its first reading unopposed and without debate in Westminster (its second reading will be in February 2018). As the name suggests, the bill will allow all British expats to vote irrespective of the amount of time they’ve lived outside the UK.

Why is the votes for life bill important?

The 15-year rule comes from the idea that after someone has lived away from their home country for a long period of time, they lose their connection to it, but this isn’t necessarily true. Moving abroad doesn’t mean all ties to the home country are cut, and changes in policies may still directly affect an expat’s life no matter how long they have been abroad.

For instance, many expats now living abroad spent the majority of their lives working in the UK, paying enough national insurance contributions to claim a state pension. This means they still rely on UK retirement income, and some still have their pensions subject to UK tax. Any changes in UK legislation may affect how expats make their regular savings and wealth management plans, so, as the government makes changes to the rules on pensions surely these people should still have a right to their say on who should be in power.

Of course there are expats who have family living in Britain and those who still own UK property meaning they make regular trips back. Some may have moved because of their job,so they could be working for a UK company and therefore still supporting the UK economy.

These ties don’t suddenly vanish after 15 years, and so, the argument goes, neither should the right to vote. And once Britain leaves the EU, it will become even more important for Britain to maintain a strong relationship with its expatriate community. Expats are essentially acting as unofficial British ambassadors, after all.

It’s also worth noting that many other countries don’t put an expiry date on emigrating citizens’ voting rights. For instance, Spain and France already allow their citizens a lifelong right to vote, regardless of which country they choose to reside in or how long they’ve lived there.

The importance of expats having the right to vote raises the question as to why the 15-year rule was introduced in the first place.

The 15-year rule: a brief history

Although many Britons living overseas are angered by the current system, it’s worth bearing in mind that the situation used to be worse. Before 1985, British citizens living outside the UK were unable to register to vote in elections at all. The Representation of the People Act 1985 then allowed them to qualify as overseas voters in the constituency they were last registered in before moving, but the Act also introduced the time limit of only five years. This was then extended to 20 years in 1989 before being cut down to 15 years in 2002. It wasn’t until 2014 that David Cameron first announced the ‘votes for life’ bill in the Conservative manifesto.

So, it’s been a long road for some overseas Britons to get the rights they’ve wanted. And it looks like, at last, progress is being made.

Too little, too late?

But while progress on the bill may come as good news for some expats, others are likely to view it as too little, too late because the two major political events that are likely to most affect expats have already happened.

The inability to vote in the snap General Election was particularly disappointing for many expats because it was held after the ‘votes for life’ bill was promised last October. This just goes to show that, unfortunately, passing new legislation is not an instantaneous action. It’s not just a matter of giving expats the vote and that’s that. It is a far more complicated process.

There are still several more parliamentary stages that the bill must go through before it’s made into a law, and many further amendments can be suggested and voted upon during these stages.

So, there is still a bit more of a wait to go. But any progress on the matter is better than nothing at all, and since the bill’s been passed through the first reading unopposed, and considering the amount of support it has from campaign groups and MPs, it’s a good sign that the 15-year rule is finally on track to being abolished. Hopefully, there won’t be another crucial political event, one that should involve the voices of all expats, in the meantime

In the event the government does not grant expats votes for life, there are other ways you can help give yourself control over your future. Blacktower’s financial advisers in key expat destinations all over Europe. We’ll help you get your finances in order – which may include setting up an expat regular savings plan or moving your pension into a QROPS – so you’re prepared for anything.

The Catalan Crisis in Spain 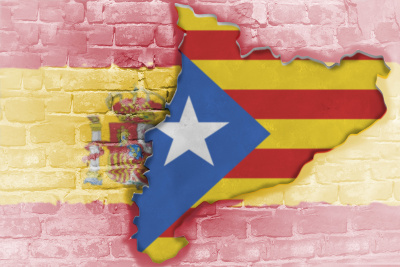 Catalonia’s push for independence after a referendum has plunged Spain into its worst political crisis since the attempted military coup in 1981.

The crisis could have huge repercussions for the Spanish economy. Catalonia itself has its own language, parliament, police force and controls some of its own public services, such as schools and healthcare.  It is one of Spain’s wealthiest and most productive regions and has a distinct history dating back almost 1,000 years. 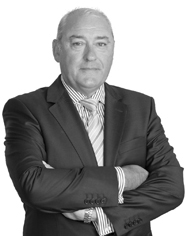