Could the UK’s state pension fund run out in 14 years?

To help workers get the funds they deserve, the Pension Protection Fund will pay out. However, this will lead to a significant cut for some employees; those who’ve not yet reached retirement age will receive 90 per cent of their pension up to a cap of £34,655.

In these times it is prudent for people to seek regular pension planning advice, and at Blacktower, we recommend advise clients to talk us regularly about their retirement goals.

Many of our clients have chosen to transfer their pension savings from defined benefit schemes into a Qualifying Recognised Overseas Pension Scheme (QROPS) or a Self-Invested Pension Plan (SIPPS). This is because pension transfers into a QROPS or SIPP provides the retirement saver which far more flexibility when it comes to their investment options.

Pension planning for the difficult times ahead

It’s not irrational for Britons to be concerned over their pensions, whether they’re in a defined benefit scheme or not. Despite the occasional bit of positive pension news (for some people, at least), the general outlook is negative. The year started on a down note when a report released by the Government Actuary’s Department (GAD), which is responsible for taking in national insurance contributions and using the amount to pay state benefits, revealed that the UK’s state pension fund, currently at around £25 billion, is under strain and on track to reach zero by 2032.

In the report, the GAD said that this current balance is “just over one-fifth of annual expenditure on benefits”, explaining that, although the balance is expected to rise for another seven years, after 2025 it will sharply fall, running out completely by the early 2030s.

Britain’s ageing population is known to be a primary factor causing the problem. A Treasury spokesman told the Telegraph that “life expectancy and demographic trends will continue to pose a challenge for the public finances”.

For the government to be able to pay the amount needed from National Insurance Contributions, the GAD states that a tax rise for workers under 50 is likely necessary. It has said that the increase in national insurance rate will have to be around 5 per cent higher in order for the fund to just about cover the cost of paying the state pension. But such an increase in tax is sure to create problems for younger generations, as it will lead to the average worker experiencing an increase of £120 on their annual tax bill.

An alternative solution, as suggested by GAD, is to lift the current cap of 17 per cent on the Treasury Grant. At the moment, parliament can approve a Treasury Grant of up to 17 per cent of estimated benefit expenditure to help boost the pension fund when it falls below a certain level. But 17 per cent will not be enough to prevent the fund from reaching zero. However, increasing the legal maximum amount that can be granted would require new laws to be made, and it would also end up costing the taxpayer more.

It is news that has, once again, drawn criticism from experts examining the UK state pension system and has highlighted the importance of saving up a private pension. Many believe that if nothing is done to correct the UK’s unsustainable pension system, there will be dire consequences for workers of the future.

One commentator was the pensions director at Ageon, Steven Cameron, who said that because pensions are funded on a “pay as you go basis”, future retirees have to depend on the national insurance contributions of the workers before them to pay their pension, which can often lead to the development of “intergenerational tension”.

Whatever may happen to Britain’s pension system in the future, one thing’s for certain: the UK government has some tough decisions ahead of it if it wants to support all British citizens adequately, but it’s also important that savers do everything possible to help themselves.

For advice and information in relation to retirement investment planning and pension transfers, contact a Blacktower financial adviser today. We’ll provide up-to-the minute information regarding what you could choose to do for your pension. Seeking help could mean you are able to maximise your pension pot and therefore increasing the chances of you enjoying the retirement you deserve, whether that involves staying at home in the UK or moving abroad overseas to exciting new location.

Pension Transfers – the need for advice 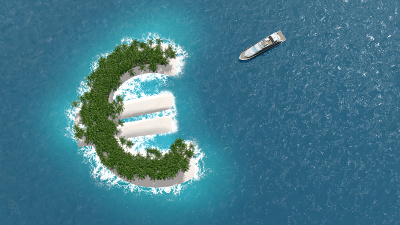 The UK government has admitted there are not enough pension transfer specialist advisers to deal with demand, particularly in the case of more complex transfers into overseas pensions. This was the government’s response in March to a consultation launched two years ago, on whether the need to take financial advice, introduced with pension freedoms, created difficulties for overseas residents – residents such as those living in Cyprus wishing to transfer their pension savings from the UK to a qualifying recognised overseas pension scheme (QROPS).

According to data from HM Revenue and Customs (HMRC), there were just short of 10,000 transfers to a QROPS in the 2016/2017 tax year. However, from these, only transfers of more than £30,000 would be subject to the advice requirement.

After a year in which we reached a great many milestones for the Group, we are delighted to announce that Blacktower Financial Management are the winners of the International Adviser Best Practice Award for Marketing Excellence in Europe.  Of the accreditation, Group Managing Director, Gavin Pluck said:  ‘Let us not forget that while many entered […]