In fact, a recent piece of research found that nearly half of all new retirees (45.9%) actually have greater outgoings in the two years immediately following retirement than they did before stopping work. Even six years later 33.4% are still spending more than they were during their working years. Interestingly, this is a trend that is not only confined to individuals of high net worth; it seems that no matter how much money you have, your chances of increased retirement spending are roughly the same.

As those expats with a QROPS in France and elsewhere can probably attest, it may be that QROPS pensions are one of the reasons that so many retirees feel comfortable enough to increase spending once they have given up work; flexible pensions give people freedom and allow for the kind of outlays – whether second homes, campervans or holidays – that are synonymous with a long and enjoyable retirement.

Perhaps the biggest indicator of the shift in attitudes to retirement is to be found in the fact that many plan to access their pensions to start a business or move into a consultancy role. Finally, with younger generations struggling to buy a home, many pension aged people, including expats in France, are using their QROPS to help their children and grandchildren buy homes in an otherwise inaccessible property market.

A guide to buying a house in Switzerland

Picturesque and stunning in equal measure, moving to Switzerland is the ideal scenario for many of those looking to leave their home country. From the gorgeous Lake Geneva to the historically fetching architecture of Zurich and Basel, there’s plenty to admire about Switzerland; and that’s even before touching on its skiing resorts and snow-capped peaks. […] 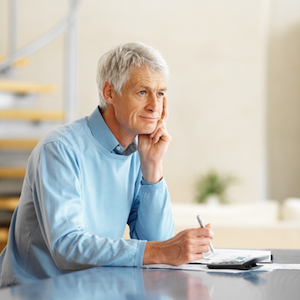 As you already know there are a substantial number of pension types available.  How we came to have them, or what they actually are, still remains a mystery to many of us since these were thrust upon us (to some extent) by well meaning employers way back when.  This week we´re going to bust the Pension Jargon for the types of Pensions available.

A Cash Balance Pension is a pension arrangement, where your employer promises you a pension pot of a specified amount, when you reach retirement age.  Typically, the amount is calculated as a proportion of your salary for each year of service.  You know how much your pot will be, but there is no promise as to the amount of pension you will be able to buy (or take) from it.