The triple lock remains after Tory-DUP deal… but for how long?

But it still appears that supporters of the triple lock can’t rest easy. The triple lock, which was originally put in place in 2010 by the coalition government to protect pensions from inflation, has been under fire for some time because it’s deemed too expensive. And now the new welfare and pensions secretary, David Gauke, has stated his own view saying the triple lock cannot possibly last much longer as it is simply unsustainable.

Gauke said that the lock has “a ratchet effect” which sees “a greater and greater share of GDP” used to pay the state pension even when there hasn’t been an increase in pensioner numbers. This means that the baby boomer generation may get more out of the state than they put in – something viewed by many as unfair to the younger generation, as an increase in the share of GDP for pensioners means a smaller share for non-pensioners.

Gauke said, “Do I think that in 10, 20, 30 years’ time we will still have a triple lock? I cannot see in all honesty how we can,” He added that the triple lock will remain until 2020 but then needs to be “reflected” on.

Gauke’s pessimism over the longevity of the mechanism is backed up by figures from the Institute for Fiscal Studies (IFS) showing pension spending has increased by 25% since 2010-11, while earnings and prices have increased by 14% and 15% respectively. These findings led to the IFS economists labelling the triple lock as “unaffordable”.

Furthermore, the ex-director-general of the Confederation of British Industry, John Cridland, recommended it be stopped after he conducted a review of the state pension age, the results of which were published earlier in the year. Similarly, Derek Cribb, the chief executive of the Institute and Faculty of Actuaries, has said that the lock will place an “unfair burden on future working generations”.

Theresa May’s plan to scrap the triple lock became a controversial topic during her recent campaign and is one of the factors thought to have hurt the Tories in the general election, in which the party was far from achieving the landslide result it was expecting. The pledge was viewed by opposing parties as a betrayal of the older generation. But although those angered by the proposal may be happy to learn that the uprating mechanism appears safe for now, there is strong evidence that its removal is inevitable.

It’s true that not all pensioners need the security provided by the triple lock. However, some do, and if the system does indeed end up going, receiving detailed financial advice from a professional adviser will help those affected make the most of their pension pot so that they’re not faced with financial difficulty.

A Blacktower adviser can guide you through all options in respect of your pension, helping you do what’s best for your money so your finances are well prepared. For instance, whether you’re saving for retirement in the UK or as an expat abroad, a SIPP pension can give you a lot of freedom with how you manage your money and can offer you a variety of tax benefits.

Other options include transferring your pension into a QROPS or a QNUPS. You can contact one of Blacktower’s financial advisers to find out if a SIPPs pension, a QROPS, or a QNUPS is the right choice for you.

The best cities in Germany to live

If you’re planning to leave your home country and set yourself up in a brand new location, then you will need to put a lot of thought into where that destination will be.  Luckily, there are numerous resources to help with this. For instance, the world’s largest HR consulting firm, Mercer, releases an annual Quality […] 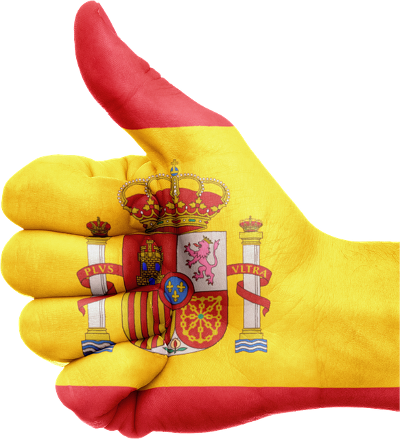 Here, we look at some dos and don’ts for anyone planning a move to Spain: