Over 60% of Britons are feeling stressed over their financial position

The UK has been one of the world’s hardest hit countries in terms of COVID cases, so it’s no surprise that this uncertainty has triggered more financial worry in 61% of Britons than before the outbreak. By city, Bristolians are the most worried about their finances (66%), while those based in Birmingham (63%) and Cardiff (60%) are a close second and third, respectively. 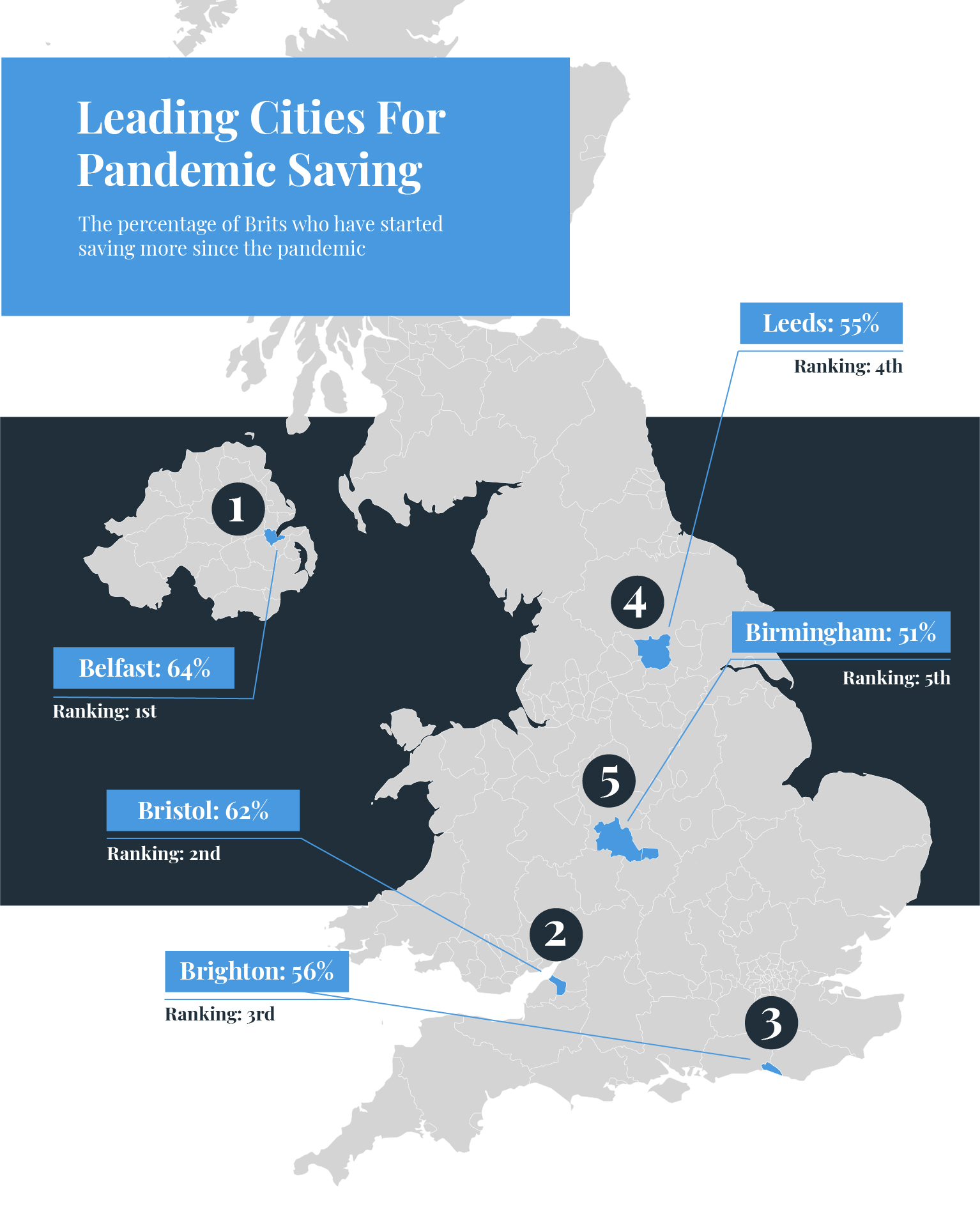 With the worst yet to come, and long-term recession and tax implications yet to be fully determined, the pandemic has prompted 54% of Britons to save more money than usual each month. Leading the way, the people of Belfast have started saving more than any other UK city (64%), with Bristolians (62%) and Brighton-based Brits (56%) rounding off the top three.

Similarly, there’s also been a huge change in attitude towards spending, with over half of Britons (53%) treating the pandemic as a wake-up call and choosing now as the right time to get their personal finances in order, and nearly 60% changing their spending habits for the better.

Nearly three quarters of Spaniards are worried about their finances

The pandemic has been a cause for concern for many Spanish residents, with 71% now more worried about their personal accounts. Residents of Murcia (88%), Barcelona (85%), and Malaga (85%) are the most worried, while 73% of those living in capital city Madrid are also feeling the stress. 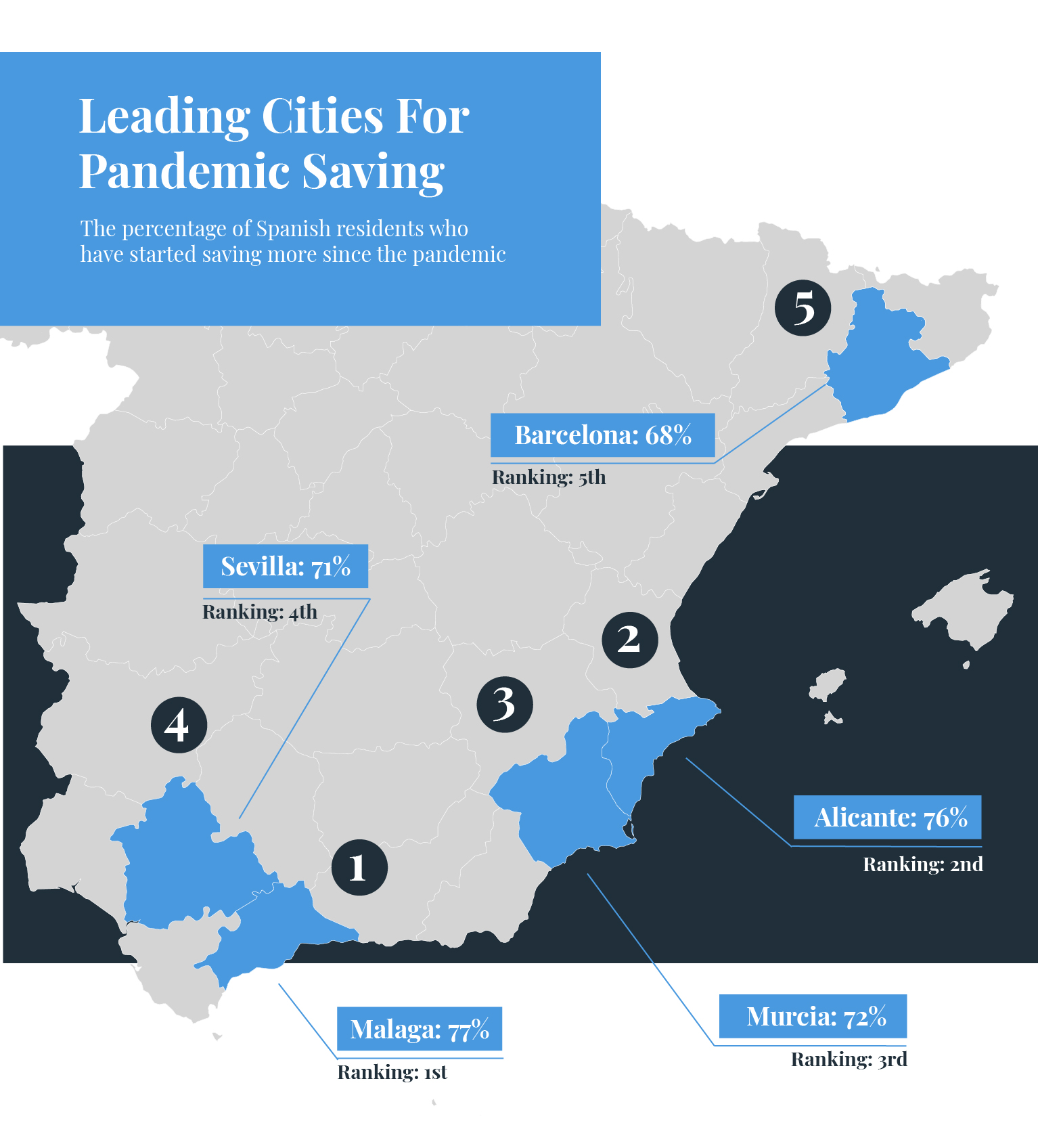 The emergence of COVID has certainly caused a shift in attitude towards personal finances, with 61% of Spaniards considering the pandemic to be a wake-up call, 62% changing their spending habits for the better, and 65% now choosing to put a little more money aside each month to combat the long-term implications of an imminent recession.

Breaking it down by city, 77% of those living in Malaga are now saving more than they were at the beginning of 2020, followed by Alicante (76%) and Murcia (72%). Not far behind, 68% and 60% of those living in major hubs Barcelona and Madrid, respectively, have now started to save more.

Residents in Portugal have certainly felt the financial impact of COVID, with 80% stressed about their financial position. Those in Queluz are particularly concerned, with 85% expressing worry, while the people of Cacem (84%) and Braga (83%) are close behind.

People of Lisbon are Portugal’s most prolific savers 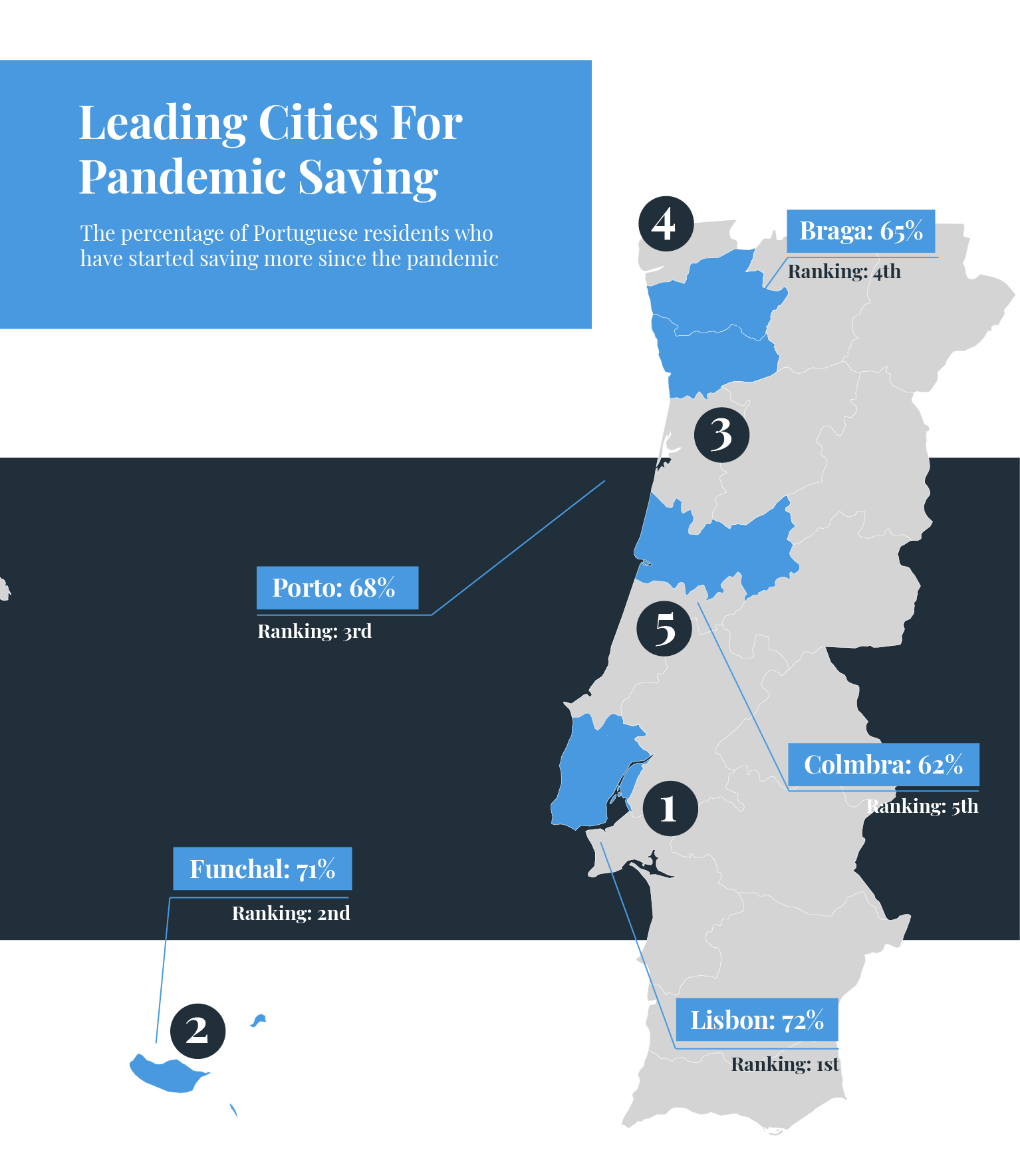 For 65% of Portuguese residents, the pandemic has proven to be a wake-up call, and 70% of nationals are choosing to make positive changes to their spending habits. To combat the yet-fully-determined financial implications of the pandemic, 65% have decided to start saving a little more money each month. The people of Lisbon are leading by example with 72% topping up their monthly savings, while those living in Funchal (71%) and Porto (68%) are following suit.

As the latest set of obstacles brought about by the pandemic present themselves, it’s important to recognise the ways you can prepare yourself financially. Discover the latest from us, including even more expert advice around making your finances go further. 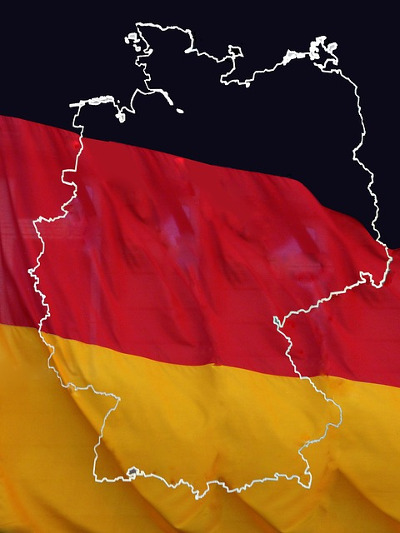 Germany has always been a popular EU country with those who want to relocate. And it appears there is good reason for it.

The recently released Expat Insider Survey 2017 tells us a lot about the country and portrays several of its key aspects in a very positive light, which is why it’s no surprise that Germany has such a large expat community. Such information will be invaluable to those planning to relocate to Germany in the near future, as it gives them a better idea of the sort of lifestyle they can expect and what other expats’ experiences have been like. 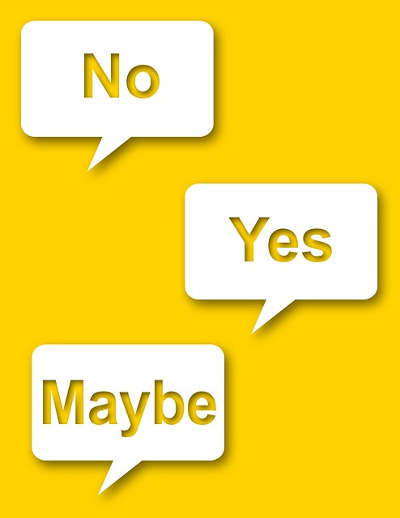 What are your options as an expat in Europe with a UK pension? Do you leave it in place and hope for the best or do you investigate your options and see if there is a product that is perhaps a better fit for your goals and circumstances?

Before you make any decision you need to consider that your pension is likely to be the key to your long-term financial security and only by taking considered action informed by advice from an experienced wealth manager are you going to give yourself the opportunity to make a confident decision.