When it comes to equality and finance, one of the biggest talking points around the world is the gender pay gap.

But there are other factors to consider when analysing the situation, including the cost of living for an individual compared to their salary. This is because two countries may have the same gender pay gap, but if one has a cheaper cost of living then, in theory, this will affect people less.

So, to determine the top countries to live and work, Blacktower analysed 29 countries around Europe to find where women are most and least impacted by the gender pay gap.

Curious about how different countries around Europe compare to one another? Check out our findings below, showcasing the top countries for women to live and work in.

The top European countries for women to live and work

Topping the list of best countries for women to live in is Romania, with a pay gap of 2.4% and the cost of living for one person per month estimated to be around €473.96.

Despite having a significantly higher gender pay gap of 12.7%, Bulgaria finds itself in fourth position due to its cost of living being one of the lowest in Europe at €493.59.

Rounding out the top five is Portugal. While the gender pay gap here is also fairly high at 11.4%, it’s counterbalanced by a relatively low cost of living (€538.71).

Following behind, Italy is in sixth. The Mediterranean nation has the fourth-lowest gender pay gap overall at 4.2%, but a less affordable cost of living at €755.38 monthly. Taking the seventh spot is Spain, with a gender pay gap of 9.4% and an estimated cost of living of €620.32, while the top 10 is completed by Croatia, Cyprus, and Lithuania respectively.

There are also other countries where the pay gap is significantly less, but the higher cost of living means that they appear lower on the index. For instance, the gender pay gap in Luxemburg is almost non-existent at 0.7%, however, the cost of living reaches a whopping €966, so they’re ranked further down the list in 15th.

What is the gender gap situation like in the UK?

According to the research, the UK just misses out on making the top 10 countries placing 11th.

For Brits, the pay gap is 7.9%, which is the 7th lowest out of all 29 countries analysed. However, the cost of living is on the more expensive side compared to the other countries, coming in at around £659 or €771 each month.

To calculate the index, we first normalised the data categories individually from 0 to 1 and then summed up the results.

Pay gap – The highest % is weighted closer to 0

Cost of living – The highest cost is weighted closer to 0

For more information, please contact the PR representative at pressoffice@blacktowerfm.com

The Blacktower Group was formed in 1986 to provide independent wealth management advice and a bespoke service for both individual and corporate clients.

The above information was correct at the time of preparation and does not constitute investment advice. You should seek advice from a professional adviser before embarking on any financial planning activity. 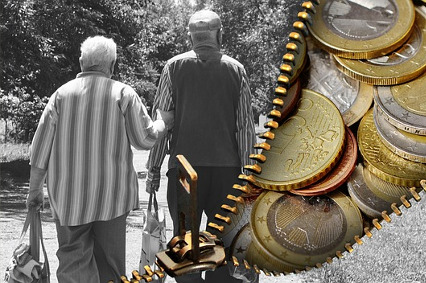 Pensions transfers for expats may become simpler if the Department for Work & Pensions follows through on plans to drop the requirement for consumers to receive accredited advice before making an expat pension transfer.

News of the DWP’s plan came via a consultation paper published on 30 September. However, before the government gives the go-ahead to any such change in the law as is it relates to pensions transfers for expats, it is first looking for the views of experts and stakeholders.