“It might well delay the referendum if we’re successful but it doesn’t have to. There are cases where legislation has been fast-tracked through Parliament in a few days,” said one man, a 94-year-old World War Two veteran currently living in Italy.

It is an issue that is proving problematic for a Conservative Party already reeling from internal divisions exposed by the referendum debate and the fallout from Iain Duncan Smith’s recent resignation, not least because, in their 2015 manifesto, they pledged to introduce a “votes for life bill” that would abolish the 15-year rule which currently prevents some expats from casting a vote in the referendum.

A group of expats, including the 94-year-old war veteran, have taken the case to the High Court, arguing that the EU Referendum Act breaches their fundamental rights under European Law. It is easy to see why these people feel so unfairly marginalised when they are among the Britons likely to be most affected by the outcome of the June 23 referendum, with many fearful that they will have to revisit all their expat financial services decisions in the event of a Brexit.

“Penalised” for freedom of movement

“Our clients are being penalised for exercising their EU free movement rights,” said one of the lawyers representing the claimants. “The people [the EU Referendum Act] arbitrarily excludes are those UK citizens who are among those most likely to be affected by the decision taken by voters in this referendum.”

The government now has until April 1 to prepare and submit a written response to the legal action; only once this process has been completed will the court be able to decide if and how the case can proceed.

Property prices in Spain for 2017 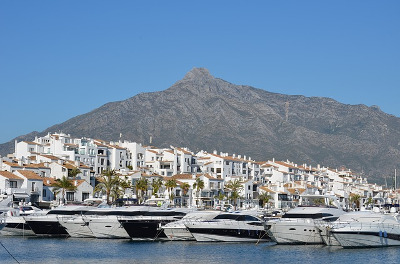 When relocating to Spain, finding and buying your new home is sure to be at the top of your list of priorities. And there’s a wealth of great areas and regions to choose from.

Of course, reliable financial advice is one of the most effective ways to make sure your money is in order so that you can property search in confidence and it always helps to have your finances in place beforehand, especially if you’re considering one of the popular or pricier locations on the Spanish coast.

January 2021: The Blacktower Financial Management Group of Companies today announces the appointment of Gavin Pluck as a Group Director.

The news follows significant expansion to the brand’s global footprint and continued acceleration of its growth strategy, in the face of a challenging year.

Pluck joins Blacktower having resigned from his position as GWM Group Managing Director in February 2020, following the company’s acquisition by SkyBound Capital.