The Netherlands made it into the top ten of most attractive countries to work in, but most impressive was how it faired for employee satisfaction. The country ranked first in the category, with 76 per cent of workers saying they were satisfied or very satisfied in their role. The factors contributing most to these contented workers were their salaries, good relationships with their colleagues, a healthy balance between work and family lives, and the ability to work from home (the Netherlands was shown to be the most flexible place to work, with 20 per cent of workers operating from home and a third enjoying flexible hours).

It appears that happiness is something which comes naturally in the Netherlands, and there are plenty more statistics to back this up. For instance, the newly released World Happiness Report 2017 has once again shed favourable light on the country. The annual report looks at how countries rank in terms of citizens’ happiness rather than the strength of its economy, stating that happiness should be “the proper measure of social progress and the goal of public policy”. The Netherlands came in at an impressive sixth place, rising one place from the previous year.

What’s more, back in 2013, a Unicef report found that, overall, Dutch children are the happiest in the world, suggesting it may be the perfect place to raise a family.

With so many positives going for it, it’s no wonder the Netherlands has many expats now calling it home.

However, ranking so highly in certain areas comes with an inevitable downside; the Netherlands can be a very expensive place to live. But a financial adviser can help. Smart management of finances so that you make the most of your money is enough to boost anyone’s happiness, and an expat financial adviser from Blacktower can help you with this.

While Blacktower won’t necessarily help you to find satisfaction in your job, we can give you expert guidance on how best to manage your money. When you’re moving around the world – whether it be for work, leisure, or, as seems to be the case in the Netherlands, both – Blacktower can help get your finances in check wherever you end up.

Contact our expat financial advisers in the Netherlands can give you all the guidance you need.

How to Reduce and Manage Financial Stress

With the events of the last two years resulting in increased stress levels for many, it is more important than ever to recognise the impact of stress on our mental and physical wellbeing and take steps to prevent or reduce stress becoming a catalyst for more serious health concerns. Financial pressure is one of the […] 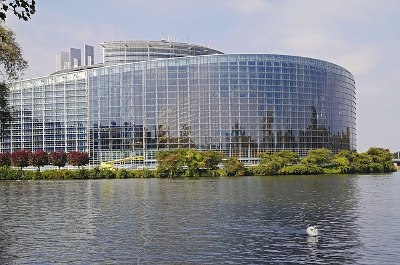 According to reports emanating from Bulgaria, expat pension choices may be about to become broader and more accessible with the likely introduction of the European Union PEPP.

PEPPs – Pan European Pension Products – are understood to be at the draft stage, with regulations set to be examined by European Parliament for possible approval.

The development of PEPPs has come about as a result of a perceived need to give people greater choice when it comes to planning their retirement pensions, particularly given that there is not equality of options for retirement savers across the continent. It may also help address the fact that, according to the EU, only 20% of workers between the ages of 25 and 59 make regular pension contributions.