It has emerged, after three and a half days of intense technical talks in Brussels, that British people living as expats in EU member states may lose their automatic rights to move to other member states after Brexit.

This would mean that, once Britain finally leaves the EU, it will be much harder for an expat living in France to then relocate to Spain, Italy, Germany, or any other country that’s part of the EU 27.

Once again, the problem is that both sides are looking for a reciprocal agreement, so unless Britain agrees to give EU nationals in the UK the freedom to move to other member states and then back to the UK, the EU will not change its stance on restricting the movement of Britons.

Under the current plans of the British government, an EU national would lose their UK ‘settled status’ – and therefore their automatic right to return – if they move abroad for more than two years (unless they’re able to prove they have strong ties to the UK, such as having rented or owned property in the country or if many of their family members live here). But the EU wants an agreement that will allow an EU citizen who’s moved away from Britain the right to resettle regardless of how long they’ve spent living elsewhere

So, it looks as if the British government will have to rethink the ‘settled status’ policy if they want to guarantee UK expats the right to move where they wish.

The issue has become a major point of disagreement, which both sides will hopefully work to resolve once the talks next resume in August.

Another area of contention between Britain and Brussels, one that is likely to concern many Britons, concerns the European Health Insurance Card (EHIC).

he British government has previously expressed its desire to continue the EHIC system, or a similar arrangement, so that British holidaymakers can continue to be guaranteed access to free or discounted medical care in state hospitals across the EU (as well as Iceland, Liechtenstein, Norway, and Switzerland).

If the EHIC goes, it is likely to lead to much higher travel insurance premiums for Britons. An EU source was quoted by the Telegraph as saying the loss of EHIC membership is “what Brexit means”. However, David Davis, the Brexit secretary, said in June that “we’re looking to see if we can get a continuation of the EHIC scheme as it now exists,” but this obviously isn’t securing any guarantees. Without the EHIC system, then the UK may have to set up its own healthcare insurance scheme.

As negotiations continue, the hazy picture of Brexit will gradually become clearer. However, despite the above, there are reasons to be optimistic. It’s important to remember that there has been a lot of progress made in negotiations. There has apparently been an agreement on 50% of the issues on citizens’ rights, according to a UK source close to the negotiations. Hopefully, resolutions to the above contentious issues, ones that suit all parties involved, will be reached soon.

In the meantime, you can help yourself prepare for the future by receiving expert financial guidance from an experienced international financial adviser. Blacktower has offices in many of the main countries affected by Brexit, and are on-hand to help expats work out what is best for their money. We have expat financial advisers in Germany, France, Spain, Italy, and other EU locations.

For financial advice you can rely on, contact Blacktower today. 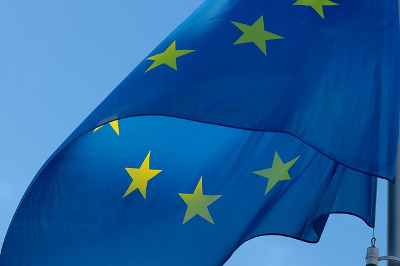 British expats in Spain, France, and Italy are behind a legal challenge submitted to the High Court in London calling on the result of the 2016 referendum to be invalidated.

Those behind the legal action argue that the outcome should not stand as it has now been proven that the Leave campaign broke the Electoral Commission’s rules on campaign spending.

The “UK in EU Challenge” group states its belief that two major campaign groups — BeLeave and Vote Leave – conducted their campaigns unlawfully, preventing the possibility of a free and fair vote.