British expats settling in the Spain after Brexit

But what about the expats of the future? If you’re currently domiciled in the UK but have been intending to move abroad in later life, you’re understandably likely to be concerned about how Brexit will affect your well-made plans. For instance, you may be unsure about safeguarding your money in Spain, France, or Germany.

Unfortunately, following the completion of the Brexit agreement, there is still uncertainty and anxiety around the status of prospective expats alike, with Brits required to apply for residency across the EU. The only thing that’s completely clear is that freedom of movement rights are not be the same as before Brexit.

Prior to the Brexit deadline, Roger Boaden, a founding member of Expat Citizens Rights in EU, who has reported a notable rise in the number of Britons buying property in France. Similarly, Sue Wilson, chair of expat rights campaign group Bremain in Spain, who agreed that “people who have had a dream for many years to retire to Spain were keen to do so while they still could.”

Director of research at the Centre for European Reform, John Springford, commented on how it will be particularly difficult for older expats to move now that the Brexit agreement has come into effect. Focusing on Spain as an example, he declared that “the golden age of British retirees heading to the Costas is probably over”.

The approach to expat retirement in Spain

Spain is often in the spotlight when discussing Brexit-related issues because it’s where most British expats choose to retire. According to figures from the Office for National Statistics, 121,000 (40%) of UK expats in Spain are over the age of 65. But that may be all about to change, with freedom of movement restricted after Brexit.

That’s not to say that Spain will categorically see fewer British expats enjoying their later years on its coast, because there could be a solution at hand, and it all comes back to a key word commonly seen in relation to Brexit: reciprocity.

Basically, Britain and Spain could yet establish a mutually beneficial arrangement that results in the latter still welcoming British pensioners to retire in its most sought-after locations. Currently, however, Brits retiring to the sun-kissed coast are required to adhere to Spanish visa laws.

Where the difficulty lies

The problem is that there is a big difference in the types of citizens migrating from the two countries. While Spain is popular with British retirees, the Spanish citizens moving to the UK are generally much younger, ready and willing to work, and, therefore, are a boost to the UK’s economy. As John Springford continued on to point out, once people are between the ages of 40 and 45, they stop being a boost and instead turn into a drain on national finances.

In other words, it would not be a fair deal for Spain to continue to accept British retirees – who are expensive for the country because they pay less tax and are more likely to require the country’s health and social care services – without getting anything worthwhile in return (i.e. free movement for young Spanish citizens, allowing them to take UK jobs).

“If we don’t have free movement, it is very unlikely we would have retirement rights,” Springford said. Carlos Vargas-Silva, associate professor and senior researcher at the University of Oxford’s Centre on Migration, Policy and Society (COMPAS), agrees with this point of view, suggesting that if a bilateral agreement were to be made between the two countries, it would probably involve the UK allowing more flexibility to Spaniards working in Britain.

Of course, such an arrangement may not be reached at all (Vargas-Silva said that he doesn’t think the EU would encourage a deal between Britain and Spain), and Springford may well be right about the golden age being over.

Blacktower has independent financial advisers in the most popular expat locations along the Spanish coast to help Britons sort out their finance in Spain, and we also have offices in other EU countries, such as France Portugal, and Malta. For financial advice that stays abreast of all Brexit developments, contact a Blacktower adviser today. 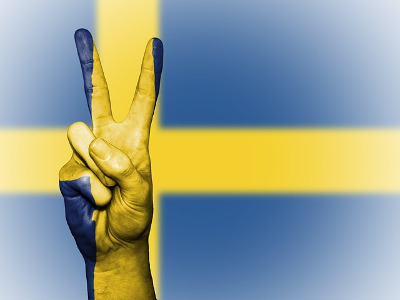 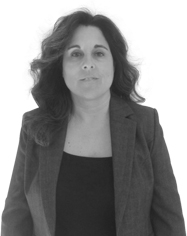 Associate Director and Financial Adviser, Christina Brady talks about Blacktower Financial Management in Spain and the work she and her team carry out on a day-to-day basis.