In my judgement, the financial system is capable of absorbing this shock, but investment portfolios will certainly not be immune from some impact. A period of heightened volatility is inevitable until the politics of the separation process become clearer. Weak sterling will benefit the UK stock market due to companies earning most of their profits from abroad. Volatility will throw up a number of attractive opportunities and we expect to be able to purchase high quality companies with solid dividends at good prices.

In the midst of the maelstrom, two factors suggest that the turbulence may pass sooner rather than later. First, growth fears should not be overblown. The UK will suffer a hit, but with governments and central banks standing by to provide support, the immediate impact in Europe should be relatively small. With the US economy still delivering solid performance and the developing world stabilising, the picture for global growth should not change very much. More crucially, since its weaknesses were exposed in 2007, the world’s financial system has built up its capital reserves and is now well braced for trouble. The suppliers of capital (banks) are not overextended, the users of capital (investors) are not complacent and the world’s financial fire-fighters (the central banks) are fully engaged in ensuring that any sparks of fear are rapidly doused with liquidity. In this context the potential for a single adverse event (such as Brexit) to have a domino effect is low.

I strongly believe that in many ways the vote will not be as negative on markets as implied by many commentators, politicians and Remain campaigners. For a start central bankers are likely to respond to the vote by supporting markets; the Federal Reserve in the US is likely to delay any rise in interest rates further, whilst central banks in the UK, Eurozone and Japan are likely to increase intervention in order to prevent a “Lehman” moment. Yesterday’s vote could be a key event on the road to a much needed loosening in fiscal policy in Europe as politicians work to prevent a European recession (the vote may even accelerate beneficial wider EU reform). In essence, I believe that the world need not enter a self-inflicted recession on the back of this vote.

Once Article 50 is invoked there are two years to renegotiate the UK’s relationship with the EU. It will be in everyone’s interests to do so sensibly and, as an economic powerhouse, the UK will have a good bargaining hand. It must not be forgotten that Britain, with its open economy, strong rule of law, functioning democracy, good education system, historic benefit of having English as the mother tongue, and fundamental pro-business policies that reward hard work, will, over the medium term, certainly prosper. Any asset price falls combined with a weakening in sterling will make UK assets very attractive to foreign investors. Let us also not forget that the UK stock market is one of the highest yielding in the world in an environment where yield is increasingly hard to find. It is for these reasons that I do not fear the future and am quietly optimistic about the future.

Some of the issues explained:

• Article 50 is the part of the Lisbon treaty which, once invoked, sets in motion a two-year process in which a member state can notify the EU council of its decision to leave. The decision to trigger Article 50 is a decision for the Prime Minister and the Cabinet and, once triggered, results in the UK’s ejection from the EU at the end of the two year period (unless the rest of the EU unanimously decides to extend the negotiations). In that time there is no change as the UK still votes on EU policy and the UK’s membership of the EU continues on the current terms while the European Council negotiates with the UK on tariffs/quotas/free movement etc.

• There’s an outside chance of a renegotiation of terms despite comments to the contrary in recent weeks by both Leave and Remain campaigns. Jean-Claude Juncker also made similar comments earlier this week (warning that ‘out is out’ and that the UK won’t be able to negotiate a better/different deal than the one already agreed by Cameron earlier this year). Despite this, it’s possible that Cameron, before leaving, will attempt to re-open discussions (albeit this is not our central case expectation). Boris Johnson has also emphasised this possibility.

• The UK economy: There’s potential for uncertainty to dampen consumer & business confidence (and to delay business/capex decisions). There has already been some softening of confidence and investment spending data in recent months/quarters (e.g. see FIG 3). Given that there’s likely to be increased stimulus from central banks with no change in the UK’s EU relationship for two years, we expect the downside in the economy to be less significant than the widely touted central bank case of Treasury/OECD/IMF and so on. Growth may just stagnate near term.

This article contains information on the EU Referendum results. The information given is not advice and should not be treated as such.

Despite the hopes for more stability in 2021, this year has proven to be almost as turbulent as the last; the ongoing pandemic has not only led to uncertainty and unpredictability in the financial world, but also huge changes in terms of regulations and business conduct. Tightening of Regulation In the past few years, we […] 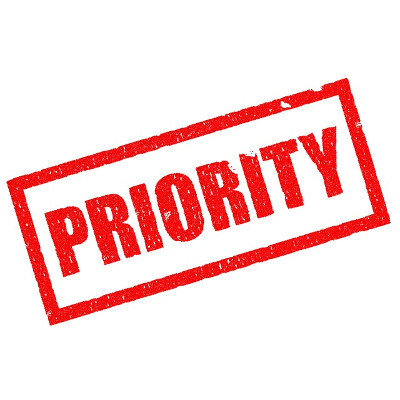 As an expat, choosing a robust life insurance policy, as well as medical insurance, can provide help to reassurance that you and your loved ones will be cared for should the worst happen. And recent research has highlighted just how valued such policies are.

A new survey from Bupa Global has found that such policies are amongst the items expats expect most from their employer when they move to work overseas.

Bupa Global questioned 150 senior human resource directors and 1,851 globally mobile employees. The international health insurer’s research showed that expats are putting an increasing demand on their employers to provide them with more health and wellbeing benefits.