The AE policy was introduced under the Pensions Act 2008 as a way of preventing workers from missing opportunities to save up money for later life (either because their employer failed to enrol them in the company’s pension scheme or because they themselves didn’t apply to join). Auto-enrolment means that employers must enrol all eligible employees (those aged over 22 and who earn over £10,000 a year) into a pension scheme. The system has helped get millions more onto workplace pensions, particularly younger workers.

But what seems like a good idea across the board has caused issues for some employers. And these employers have now lobbied for the government to conduct a review of the system.

One such group wanting to see change is the National Farmers’ Union (NFU), which thinks that AE puts an “unnecessary burden” (as said by Lee Osborne, the NFU’s skills and employment adviser) on farmers and other businesses who rely heavily on seasonal workers. Osborne mentioned how employers in the agricultural industry have to spend extra time and money just so that they can enrol workers who will only be employed for a short period of time ie, workers who are “unlikely to ever draw on the resulting very small pension pot”. The NFU wants to see the AE requirement for such workers removed.

Osbourne’s views were backed by the Confederation of British Industry, which wants to see employers have the power to delay a worker’s enrolment for longer than the current three-month waiting period.

The review has led to discussions over whether AE should be made more flexible in terms of which businesses are able to opt out. It has also raised concerns over the self-employed, who account for 4.77 million of UK workers, and part-time workers whose pensions may also be low on contributions.

Labour MP Frank Field has recently called for Theresa May to improve rights for ‘gig-economy workers’, such as those on short term contracts and freelancers, who often face financial insecurity with annual earnings that can fall under the £10,000 AE threshold.

If put into effect, the proposed reforms would exclude tens of thousands of workers from pensions. Former pensions minister Steve Webb said that he thought the decision to limit those eligible for AE, which already excludes millions of people based on their low income and age, was a “backward step”.

According to the Financial Times, The Department for Work and Pensions has detailed how the review will try to cater to both sides of the argument, with Richard Harrington, Parliamentary Under-Secretary of State for Pensions, saying that they need to “find a balance between wanting as many people as possible to have pensions, and economic sense when there is an impact on employers”.

At Blacktower, we hope that if any changes do go ahead, they don’t leave hard-working people in difficult financial situation without a sufficient pension fund.

The financial advisers at Blacktower stay abreast of all current reforms and legislation changes in the world of finance, which allows us to inform you of the best way to protect your pension. For instance, we offer advice for moving money into a Qualifying Recognised Overseas Pension Scheme (QROPS) based in France, Germany, and many other jurisdictions that will provide you with benefits you don’t experience in the UK.

For helping finding the best retirement solution that’s been tailored to you, contact Blacktower today. 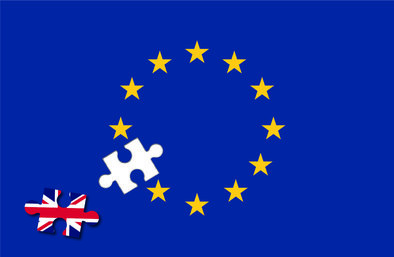 FRIDAY 24 JUNE 2016: The British electorate has given its verdict on the UK’s membership of the European Union in no uncertain terms. In spite of the more emotional appeals to the contrary, this is not a disaster. On this extraordinary day, it is worth remembering that on the 20 February 2016, when David Cameron announced that the EU referendum would take place, the FTSE 100 index was at 5950, the 10 year Gilt yield stood at 1.41% and the sterling/dollar exchange rate was 1.44. At lunchtime on Friday June 24 the FTSE 100 is trading at 6060, the 10 year gilt yield is 1.07% and the dollar exchange rate is 1.37. On the face of these numbers you could be forgiven for not knowing what has taken place in the past 24 hours. 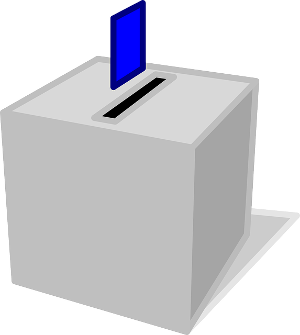 Good news for British expats who are hoping to prove that the EU Referendum Act 2015 unfairly discriminates against them and their decision to exercise their right to freedom of movement in the EU; they have won the right to launch an urgent appeal against the decision to not grant them a vote in the European Union referendum.

The move comes after Lord Justice Lloyd Jones, sitting with Mr Justice Blake at the High Court in London, earlier ruled that section 2 of the Act did not restrict their rights.

The appeal, which is being led by two British expats, is motivated by a desire to prevent Brexit; an event which would unduly affect the lives of the two million British expats who, should Britain leave the EU, face the possibility of having their lives severely disrupted, together with their plans for their expat regular savings. In fact, according to lawyers representing the expats, they face becoming “resident aliens”.