Many Grandparents missing out on full state pension

Currently, parents who are registered for Child Benefit and who give up work to look after their young children (under 12s) are entitled to the credits to help fill the gaps in their NI contributions, meaning their state pension rights won’t suffer.

But, when the parents then return to work, many turn to their own parents for a helping hand with childcare. If the grandparents are still below the state pension age themselves, and give up work to look after their children’s children, their state pension rights will be negatively affected.

The Specified Adult Childcare Credit allows grandparents, and other family members, to claim the credits instead of the main carer (usually the mother). If the credits are not claimed by the grandparent, then they will lose £231, annually, on their state pension.

It sounds simple enough, so why are so few receiving the credits? Webb believes it’s an issue of lack of knowledge – the scheme remains unknown to many because, clearly, not enough is being done to properly inform the families affected.

Webb explained how these losses are completely unnecessary, as it isn’t particularly hard to raise awareness about the issue: “Given that the HMRC knows which mums are not using their NI credits because they are working and paying NI, it wouldn’t be hard to alert them to the fact that they could pass the credit on to the grandparents.”

Webb went on: “The fact that there is a scheme to make sure that grandparents do not lose out, by protecting their state pension rights, is a very good thing. But the scheme is not much use if hardly anyone takes it up. The Government needs to act quickly to alert mothers to the fact that they can sign over the National Insurance credits that they do not need.”

The requirement for better promotion of the scheme was supported by Dr Lucy Peake, who is the chief executive of Grandparents Plus, a charity promoting the importance of grandparents and extended family who “play a crucial role in caring for millions of children up and down the country”.

Peake called grandparents a “lifeline to families squeezed by falling incomes and rising childcare costs”. She added that “when they give up their own job to help out, they shouldn’t damage their future state pension in the process, and the system for making sure grandparents are protected in this situation needs to be much better publicised”.

The financial experts at Blacktower can help advise and guide you so that you get the most out of your pension. Whatever your situation – whether you want to set up a retirement and pension scheme in the UK or have moved overseas and need to set up a QROPS pension – our experienced financial advisers will be able to set you on the right track so that you will be financially prepared for the future. 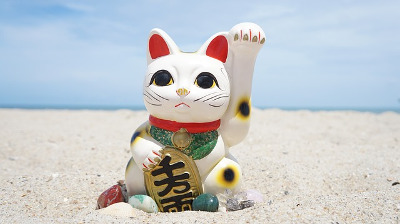 The Cayman Islands has signalled its intention to invite greater Chinese investment opportunities following recent corporate events in Asia in which Cayman Finance CEO Jude Scott spoke about the potential for increasing collaboration.

While attending events in Shanghai, Beijing and Hong Kong, Scott, whose organisation is charged with protecting, promoting and developing the Cayman Islands’ financial services industry “through cooperation and engagement with domestic and international political leaders, regulators, organisations and media”, spoke of how The Cayman Islands could use their status in the wealth management industry to benefit Chinese investment. 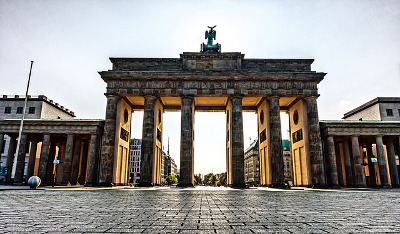 If you’ve recently become an expat, what’s your favourite aspect of your new surroundings so far?

Britons in France may say the availability of work, expats in the Netherlands (or more specifically Amsterdam) may comment on the impressive safety and security, and many more expats around the globe are likely to appreciate the opportunity to learn a second language (and cherish the fact that they’re in the optimum position to do so).

If you were to ask British expats in Germany what they value most about their chosen country, you’re bound to get a whole host of varied answers, as stated in a recent poll carried out by The Local Germany.