France revealed to be the most popular country with expats

The news of France’s popularity among movers is not new; the country topped the previous year’s list as well (along with the UK staying in second). But what makes it so popular? It looks as though there are quite a few pull factors which draw people in.

A study by The Local, an English-language news network in Europe, found that the city of Rennes was the “best city for foreigners” to reside in, beating the larger cities such as Paris and Lyon.

This small city encapsulates many things that are so appealing about life in France. Home to two universities and featuring a thriving nightlife, Rennes is well-used to accommodating newcomers. The cost of rent is low, it has good public transport, including good provision of cycle paths, and the amount of green space is the highest per inhabitant in the country.

But if Rennes does seem too low-key, the rich culture and world class restaurants of the capital are only around two hours away and this helps to create an allure for people that is hard to resist.

As well as attracting expatriates into its glorious cities, France is also responsible for creating its own expats. More than 27% of those featured in the MoveHub study were French natives, placing it second in the ranking of the most vacated countries behind the UK. It would appear that both countries have a steady flow of immigrants and emigrants moving to and from them for a multitude of different reasons.

MoveHub suggested that the reasons for French citizens’ exodus from their homeland could be due to the jobless rate (currently at 10.2%). This may seem in contrast with the reasons that attracts others to the country, (although the wish for a different lifestyle and culture along with having family already living there were important factors alongside career prospects).

There are also some reasons that could act as dissuaders. The language barrier could potentially prove a problem for some, with many existing expats in France saying that they feel it’s important to learn French, or at least give it your best effort, to fit in with the culture more efficiently.

This element is reflected in the figures for expatriates from America. A third of USA expats are ending up in other English speaking countries – the United Kingdom (20.2%), Australia (7.6%), and Canada (4.1%) – although some are still choosing France as their destination of choice, with 3.3% of American emigrants enquiring about moving there.

And how does France fare with Britons? More than 5% (5.36%) of the UK enquiries made to MoveHub were in respect of making the move to France. Possible reasons could be the affordable property and close proximity to the UK, making maintaining relationships with family and friends back home a lot easier than a move further afield. It also appears that bad British weather is a big reason residents decide to leave – 54.4% of British expats named it as one of their deciding factors. Since France is, on the whole, a lot sunnier than its neighbour across the Channel, it’s not too surprising that it is a favourite choice.

Of course, if you are looking to leave your home and join the large number of expats starting a new life in France, or anywhere else in the world, you should not do so without discussing your finances. Expert international financial advisers can help with matters such as moving your pension into a QROPS and can ensure that your long-term financial future and wealth management are as secure as possible.

Have you restructured your international investments?

On the 1st of January 2015, the Portuguese Tax Authorities brought about sweeping changes to its Personal Income Tax Legislation, specifically aimed at but not limited to, previously sheltered international investment structures. Six months into the 2015 fiscal tax year, there seems to be a wait and see attitude to the impending punitive tax burden that will be levied on investments held by both Portuguese nationals and Expat Tax Residents in Portugal.

One thing I do know and that is many international and national people still live in the past, thinking Portugal is a laissez-faire country unable to, with efficacy, diligently collect its taxes. 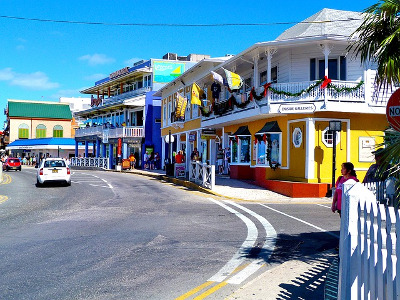 The Cayman Islands is currently experiencing an exodus of overseas workers looking to leave the autonomous British Overseas Territory before it closes a loophole which currently allows expats to convert their retirement savings to cash before they leave.

The law previously allowed expats to access pension accounts of $5,000 or more once they had been living outside Cayman for six months and had not made pension contributions for at least two years.

From 31 December, 2019, it will only be possible to receive payouts at retirement age. Those who want to take their pensions early must leave the Cayman Islands by the end of 2017.