So, the present time could therefore be the last chance to get a foothold on the luxury Spanish property market. For many decades the country has not quite realised its economic potential and more recently has had to be subsidised by European Union billions in order to achieve a healthy bottom line – but the situation is expected to soon change permanently and for the better.

According to figures from the International Monetary Fund, Spain has recorded 2.6% Gross Domestic Product growth in 2017, placing the nation ahead even of traditional economic powerhouses such as the US and Germany.

The expat Euro has of course been a factor in this recovery, with expat financial advisers in Spain frequently called upon to help their clients invest their pensions and other assets into Spain. However, this is just one aspect of the country’s economic growth. According to a report by global property consultants Knight Frank, 2017 has seen employment growth, salary growth and, consequently, increased demand for flats, houses and mortgages. Importantly, mortgage rates remain incredibly competitive for many buyers, which is only further fuelling demand.

The Knight Frank report states: “In 2017, two key trends merit the attention of second home buyers. Firstly, the diversification of demand. British buyers, down 28% in the year to the end of the fourth quarter of 2016 are being replaced by Dutch purchasers, up 58% during the same period, along with Belgian, Scandinavian, Latin American and Turkish buyers.”

Furthermore, according to Knight Frank, Spain is in the grips of a new phenomenon, the “rise of the urban resort”. All of Barcelona, Valencia, Malaga and Mallorca’s capital, Palma, are experiencing a new and sustained interest from expats and internal buyers looking to marry the cultural, commericial and social upsides of inner city living with the attractions of coastal living.

The Balearic Islands, which include the larger islands of Majorca, Menorca, Ibiza and Formentera, remain a very popular choice for the clients of expat financial advisers in Spain, and have seen property price rises of nearly 2.5% in the past 12 months.

Meanwhile, Barcelona has seen prices rise by 6.6% in three years, with rental income growth even more pronounced during the same period (25%). Although not on the coast, Madrid has seen price rises of 3% in the last twelve months, while Marbella, another popular expat hub, has seen prices go up by 2.9%.

British expats abroad have taken heart from the announcement that the government has introduced a bill to replicate the European Health Insurance Card (EHIC), meaning that expats should continue to receive healthcare abroad even in the event of a no-deal Brexit.

As it stands, EHIC entitles Britons to state health care when in an EU or EEA country (European Economic Area) for treatments that are “medically necessary” as well as those for pre-existing conditions. Furthermore, as long as a person has not travelled abroad with the specific intention of giving birth there, they are also entitled to routine maternity care.

Although the Healthcare (International Arrangements) Bill does not replace EHIC it clears a pathway to a fast-track bill that will “provide the powers that are needed” in the event of British citizens’ healthcare rights being threatened by Brexit. It also means that, contrary to the fears of many expats, affording private medical insurance may not be an issue they will need to discuss with their expat financial services provider. 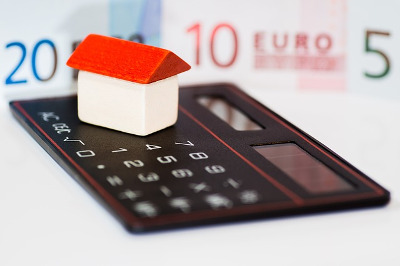 HMRC proposals to dispense with private residence relief (PRR) could be a stumbling block for expat’s wealth management plans as significant amounts of capital gains tax relief could be lost if the proposals become law. But what is PRR, and what does PRR mean for new expats?