While the formation of a government headed by the socialist party’s Pedro Sánchez as prime minister, backed by the far-left “Unidas Podemos” party and its leader, Pablo Iglesias, now means that the government can begin to get on with the work of passing laws and fulfilling a parliamentary agenda, early proposals agreed by the two party leaders have revealed possible issues for some residents.

For example, HNW expats in Spain may face restrictions on their expat financial and tax planning opportunities. New government plans include:

At the moment, however, it is difficult to predict anything with certainty; it will not be until the coalition’s first budget that HNWI expats in Spain will know whether the coalition has been able to pass these intentions into law, so it will be incumbent upon expats to keep an eye on the political news over the coming months.

Blacktower Financial Management can help HNWI expats in Spain plan their finances for the long-term, so they are well-placed to weather any political uncertainty and economic volatility.

This includes advising those who are moving to Spain, as well as providing advice to help resident expats optimise their assets, including real estate portfolios, investment vehicles and pensions.

For more information about how our international financial advisers may be able to help you, contact your local Blacktower office in Spain today.

We believe that you need to do your homework before making any investment decision. That may include reading financial publications, researching online, and discussing options with your friends and family. Many people, however, find the task of selecting investments too daunting to undertake on their own. To invest responsibly, they do their homework, and they seek the professional guidance and advice of a financial adviser.

Benefit from the Experience of a Financial Adviser

We encourage investors to take a long-term view when they invest. By looking down the road, many people realise that they do not have the experience, time, training or patience to make informed investment decisions alone. That is where the value of an investment professional really makes a difference. 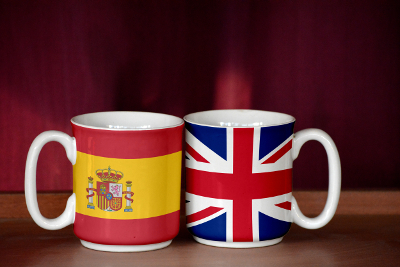 Keith Littlewood is Blacktower Financial Management’s Regional Manager covering Murcia and Costa Cálida. As an international financial adviser of around thirty years’ experience and an expat of more than five years in Spain, Keith is ideally-placed to help expats negotiate the process of becoming an expat and can help them understand just what it means to be a fiscal resident in the country.