Over the last few years, many Blacktower clients from Britain as well as other European countries have expressed concerns about the Modelo 720.  It’s common to hear concerns about the Modelo 720 being ruled illegal by the EU, or clients who have been misinformed that the Spanish authorities will never find out if they don’t declare their wealth. Unfortunately, this is not the case.

On 15 February 2017, the European Commission accepted that Spain has the right to require residents to declare overseas assets. What the Commission disagrees with, however, is the severity of punishments for late or inaccurate submissions. The requirement to submit a Modelo 720 form is not under challenge. In October 2017, the European Commission confirmed that the Spanish Modelo 720 form and its penalties breach five different EU principles, and it is therefore illegal. However, the Spanish Government announced that it will not modify the law until the Constitutional Court decides on the subject and will, for the time being at least, continue to require its submission. The debate between the Spanish government and the Court over Modelo 720 has been ongoing for years – in 2021, the EC started an infringement procedure against Spain, which could lead to the case being referred to the European Court of Justice.

While the EC and Spain battle out the case for and against Modelo 720, under current Spanish law, Spanish residents owning high-value assets overseas – like property in the UK – must submit an annual tax form, the Modelo 720, or be at risk of expensive penalties.

At Blacktower, we occasionally hear from clients who claim that Modelo 720 is illegal or refuse to submit the form. Unfortunately, these clients are often in the wrong.

From the 31st May 2018, over 100 countries worldwide, including the UK (and all other EU countries) all UK Crown Dependencies and Overseas Territories, have been automatically sharing information on financial assets held in their countries by tax residents of other countries.

The information is sent to the country the asset holder is registered as being tax resident in. Under Common Reporting Standards (CRS) individual countries must report the value of all bank accounts, insurance policies, shareholdings, investments, Trusts etc (no matter what the balance) as at 31st December each year.

If your bank, building society, investment company, pension company or similar have a Spanish address for you on their files, then like it or not, they are obliged by law to report any assets you hold to the HMRC and in turn HMRC will report this to the Spanish tax authorities.

Plus, notification will be made of withdrawals during each calendar year and also if an account has been closed during that year. The goal is to allow tax authorities to obtain a clearer understanding of financial assets held abroad by residents for tax purposes. The information sharing is primarily aimed at preventing tax evasion.

How do I make sure I get my financial reporting right?

There are ways to ease this reporting burden and to ensure you stay on the right side of the taxman, whilst also minimising your tax liabilities. One such way is to use a tax compliant investment bond. If you would like more information on Modelo 720 reporting, or to discuss any other financial advice including tax planning and tax mitigation, please contact Blacktower or visit your local office. We have offices for Spanish clients in Costa del Sol, Costa Calida, Barcelona and more. With more than 30 years of experience helping expats to manage their wealth, we are certain we can find the right financial solutions to meet your needs. 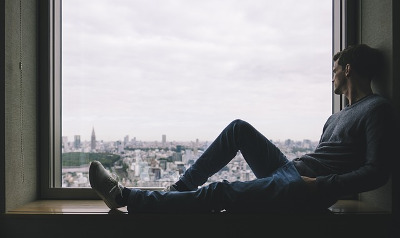 Moving overseas is exciting. The idea of making a fresh start in an exotic location is generally a cause for optimism and joyfulness, and for many becoming an expat will bring a positive outlook for the future.

But expatriates have a lot to consider before saying goodbye to their home countries: sorting out a new home, finding a school for any children who will be moving as well, and figuring out what’s best for future finances (an international financial adviser can help you with this) are all sure to be top priorities.