What is the Special Defence Contribution?

The Special Defence Contribution (SDC) was introduced in Cyprus as a means of improving the nation’s defence budget. It acts as another form of taxation, but only applies to certain individuals.

The 2015 changes to the SDC continue to affect physical persons that consider Cyprus to be their tax base. Prior to the amendment, a tax resident, non-dom individual would pay the following taxes:

What are the conditions for paying SDC?

Following the amendment to the SDC law, however, Cyprus resident non-dom individuals will no longer be subject to SDC. Unfortunately, this only applies to individuals who have spent less than 17 years within a 20 year period (prior to the tax year of assessment). This effectively means that if a non-dom individual becomes a tax resident in Cyprus now, they will not be liable to pay SDC tax for the next 17 years. This brings a huge advantage to savers who previously had to declare dividend and interest income, even from abroad, as the SDC applies to world-wide income.

In summary, if you have either, just moved to Cyprus or have lived here for less than 17 out of the last 20 years then you no longer have to pay the SDC until you have reached the 17-year trigger. Whilst this is very positive – it can have the opposite affect for those that have spent much longer here, i.e. those who have spent at least 17 out of the last 20 years here. In these instances, the above exemption does not apply, and they must pay the SDC.

Inheritance tax (IHT) is the tax paid on an estate when the owner of that estate dies. Depending on certain criteria, the tax may also be payable on gifts or trusts made during that person’s life. Inheritance tax is paid by the executor using funds from the estate of the deceased. However, the payee of inheritance tax is dependent on a number of factors, and each circumstance may affect who should pay the inheritance tax owed.

Even if you are an expat living outside of the UK, you will still be subject to inheritance tax in the UK if you are deemed to be of a UK domicile status. If you have lived in Cyprus for at least 17 of the last 20 years though, it is possible that you have become deemed domiciled in Cyprus. If not then you will remain UK domiciled and if your estate is valued at over £325,000 your estate will be subject to inheritance tax at 40%.

As of 2007, this threshold has increased to £650,000 for married couples and civil partners, providing the executors transfer the first spouse’s/partner’s unused inheritance tax threshold to the second partner when they die.

It is important to note that even if the 17/20 rule applies to you, this does not automatically mean that you are no longer UK domiciled and will avoid UK IHT. For example, if you have maintained a property in the UK, you will be perceived to still have a strong connection there. The UK authorities will deem this as evidence that you have maintained your UK domicile and will be taxed accordingly. The 17/20 rule cannot be treated in isolation.

In summary, if the 17/20 rule does not apply to you, then you will avoid payment of SDC on income and dividends. It does however mean that you are most likely to still be UK domiciled for inheritance tax purposes. If you are married and your estate is less than £650,000 then no IHT would apply. If the 17/20 rule does apply to you then you must pay the SDC on your worldwide income. If you have broken all ties with the UK, there is a good chance that you have also become deemed domiciled in Cyprus and no inheritance tax would apply.

It should be stressed that every individual circumstance is different and you are encouraged to seek professional advice in this area. Importantly, there are solutions to mitigate IHT and we can assist in ensuring your wealth is passed on to your loved ones rather than the tax man. 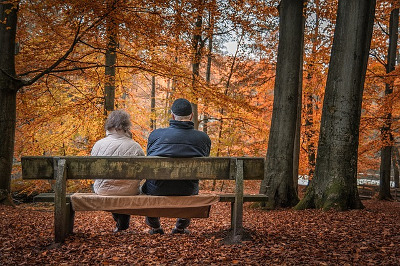 Most people look forward to their retirement and see it as the time to achieve some lifelong dreams; perhaps finally being able to move to a perfect retirement destination, such as Portugal.

But the road to retirement has gradually become increasingly more difficult, as new research has found out.

Expats Retirement Planning – No-one can See into the Future 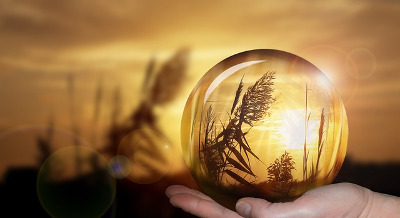 There could be risk in waiting, of course, and it is considerable risk. By hesitating now you risk losing the opportunity to take advantage of all the EU expat retirement transfer benefits currently offered to those who choose Self-Invested Personal Pensions (SIPPs) or Qualifying Recognised Overseas Pensions (QROPS) right now.

This is not to say that these advantages will instantly disappear come spring 2019, but the reality is that Brexit is turning out to be drawn-out process with little current certainty and that it will take some time for any agreed changes to take effect.