Inheritance is becoming an increasingly important factor for overall wealth

Looking at how much some beneficiaries stand to inherit compared with others reveals a significant social divide within the country, and the problem of financial inequality is set to only get worse.

At the beginning of January 2017, the Institute for Fiscal Studies (IFS), an organisation which conducts economic research, released a report looking at how the varying value of bequests across sections of society will affect the country for future generations, creating significant disparity.

The report showed that the amount of wealth distributed among the elderly has been increasing at a fast rate over the last decade because of rising homeownership rates and house prices. The average non-pension wealth for a household whose members were all aged 80 or over in 2002-2003 was £160,000. The latest available data from 2012-2013 shows that this figure has risen to £230,000. This is combined with an increase in elderly households who intend to leave a sizeable inheritance, with 44 per cent expecting to leave a sum of £150,000 or more (compared with just 24 per cent ten years prior).

The concern is that all this increasing wealth will not be evenly distributed among younger households. The richest half of the baby boomer generation own 90 per cent of the wealth (with the top 10 per cent holding 40 per cent of the wealth), and they’ll pass the same onto their children – the “lucky half”, as the IFS report refers to them – leaving the rest of the population with very little and so the stark divide will be perpetuated.

This could lead to greater inequality and mean that social mobility will be based on how much money a person inherits, not on skills and education. There has been a knock-on effect, with the wealthiest pensioners of today being those who inherited the most from their parents.

Andrew Hood, one of the authors of the report, commented on how important inheritance money is in the current economic climate; saying that, in complete contrast to their parents, “today’s young adults will find it harder to accumulate wealth on their own”.

Hood noted that a “sharp fall in home ownership”, the “dramatic decline of defined benefit pensions”, and the “stagnation in household incomes” were contributing factors as to why a young person may struggle financially.

Inheritance tax, although extremely unpopular among those who have to pay it, was put in place to control the transfer of wealth between generations. However, some have questioned its effectiveness especially as current thresholds capture the estates of many ‘ordinary’ homeowners, not just those with luxury homes.

The director of the IFS, Paul Johnson, is a critic of inheritance tax and how it favours those who already have considerable wealth. In an article published in The Times, Johnson urged the importance of doing “what we can to make the tax system fairer and more effective.” He also suggested that the government should focus on ways to make inheritance “matter less” so that it isn’t such a key factor in determining the future wealth of the deceased’s children.

Johnson suggested that changes to the housing market (building more houses and increasing council tax on expensive property) and changing policies so that they do more to support the poorer young as opposed to the wealthy aged could help improve the situation.

Speaking to the telegraph in April of last year, Johnson also explained how the system in place discriminates against families which don’t have large sums of money to gift to their children. “For most people their wealth is in their pension and in their house,” Johnson said. “Most people can’t pass that on in their life. Only if you’ve got a few hundred thousand pounds sitting in bank accounts can you pass it on. That is just not available to most people.”

If you are worried about making the most of your finances so that your loved ones benefit as much as possible, it may be a good idea to seek financial advice.

Whatever your concerns for the financial future of your family, Blacktower offer a range of wealth management services to help you best plan your finances, hopefully putting you and your loved ones in the best position for the future. Our financial advisers can help you with effective inheritance tax planning as well as with investment management, and we can also help prepare your finances for retirement.

What happens if my UK pension company can no longer passport into France? 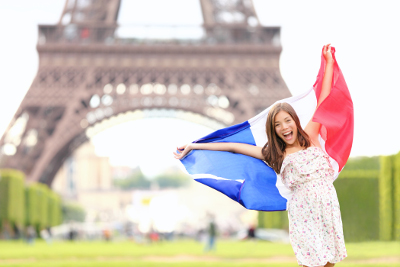 I recently attended the British Embassy Outreach Meeting in Perigueux and as you can imagine there were a lot of disgruntled expats wanting answers that, frankly, aren’t really available right now.  Understandably, for many living through the turmoil and uncertainty of Brexit, there is a lot to take into consideration and some may even be contemplating moving back to the UK.

The latest Purchasing Managers Index (PMI) survey describes widespread growth across the UK economy, with notable upturns in the services and manufacturing sectors.

The PMI records and aggregates the strength of various sectors of the economy and is often used to predict likely changes to interest rates. The fact that data for January indicated the most significant growth in 16 months, led many pundits to speculate on the unlikelihood of an interest rate cut by the Bank of England. And they were right.

The picture of growth was supported by numerous data channels. For example, figures from Rightmove revealed a 2.3 per cent month-on-month upturn on UK house prices in January, the largest ever recorded for the month, and this assisted the annual house price rise figure to 2.7%, the largest increase since 2017.*