Celebrations are held every year, but the 2017 National Day had a particular significance. For one thing, it was the 50th anniversary of the referendum, and it has also took place at a time when political tensions are high. British control over the Rock has been under potential threat from Spanish politicians, who have seen Brexit as an opportunity to reclaim the small territory. But this seems only to have spurred the people of Gibraltar on to rejoice in their Britishness even more; this year’s National Day was as much of a chance for them to make a statement as much as it was a chance for them to enjoy themselves.

As part of the celebrations taking place on the Rock, Theresa May sent a recorded stating that she felt Brexit has made Gibraltar and the UK “closer than ever before”.

She also confirmed that Gibraltar will remain “fully involved” as the UK continues to negotiate a Brexit deal with the EU, reassuring the Rock’s citizens that her government “will resolutely safeguard Gibraltar”.

Another speaker on the day was Fabian Picardo, Gibraltar’s Chief Minister, who appeared in person to voice his support for the British Prime Minister’s commitment to defending the Rock, helping protect its sovereignty and economy.

To also commemorate the special date, there have been 50th-anniversary coins minted and a set of stamps issued. An exhibition also ran in the summer, which displayed footage, photographs, and memorabilia relating to the 1967 referendum, and the steps on Devil’s Gap road have been repainted red, white, and blue by the youth service, mirroring the actions of the older generation who, 50 years prior, decorated Gibraltar’s neighbourhoods with the Union Jack to symbolise their pride in being British.

Why was the 1967 referendum so significant?

On the day of the referendum, 50 years ago,12,138 people voted to remain British while only 44 voted for Gibraltar to become part of Spain (turnout of 95.8%). This is seen as a pivotal moment in the Rock’s history. It was the first time that Gibraltarians had the chance to determine their own future democratically. The power was placed in their hands, and the result cemented the Rock’s identity and culture for generations to come. Their actions gave birth to Gibraltar as it is known today.

As Fabian Picardo said, the National Day is about recognising the “generation that gave birth to the Gibraltarian Nation”.

So, if you’re thinking of joining the Gibraltarian people as an expat, one thing’s for sure: you’ll be met by a population who are very proud of their British connection.

However, it’s been a bit of a rocky road (no pun intended) for Gibraltar during Brexit negotiations, and Gibraltarians have had every right to be concerned.

We have already reported on Spanish officials who have made comments suggesting that they would like to see Gibraltar, at least partly, come back under Spanish rule. This would unquestionably cause fundamental changes to the territory, some of which would almost certainly adversely affect the financial planning of Gibraltarians.

For instance, earlier in the year, there were worries that Spain would use the power given to it by the EU to put an end to the Rock’s status as a “tax haven”. As a report from the Spanish Government put it, Gibraltar’s “situation has become one of unjustifiable privilege”.

It’s true that living in Gibraltar can bring many financial benefits. At the forefront of these is having a QROPS based in Gibraltar. A Gibraltar QROPS provides savers with a variety of different benefits (a Gibraltar QROPS is not subject to UK income tax or inheritance tax), and the Rock is often considered one of the best QROPS jurisdictions when it comes to giving savers many different investment options. A change in sovereignty would likely affect the rules and lead to a reduction of advantages.

However, even if it were to stay British, Gibraltar’s QROPS rules may still change after Brexit. The only way to be fully up to speed about how you’ll be affected is by receiving financial advice from an experienced adviser.

So, if you’re thinking of moving to Gibraltar soon or perhaps you’re moving somewhere else but are interested in transferring your pension fund into a Gibraltar QROPS, contact a Blacktower adviser today. We can advise you on how to best approach your financial future in light of the many changes afoot.. 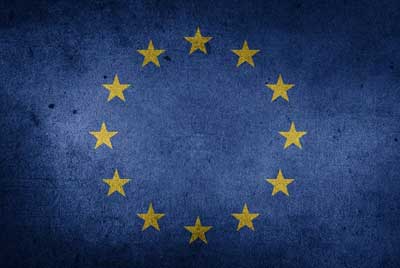 There are around 4.5 million British people living the expatriate life, and with 1.3 million of these currently residing in the EU, it is easy to understand why there is mounting political pressure for the government to give them full voting rights in the upcoming referendum on the future of British involvement in Europe. After all, they have so much at stake, from their residency and tax status to the future of their expat financial services arrangements.

Sweden offering expats one of the best work-life balances worldwide 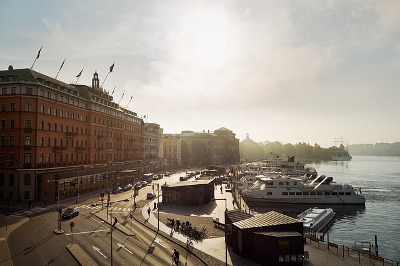 In the UK, the first week of October is National Work-Life Week, which encourages employers and employees to look at how they can improve their well-being at work and strike a healthier balance between family life and their job. The aim is to help reduce stress among a company’s workforce by offering more flexible ways of working, allowing workers to have time for other priorities in their life.

Of course, it’s not just in the UK where this is an important issue. Many workforces worldwide could do with a better work-life balance, and if you are soon to be moving to another country for work, it’s likely you’ll be wondering what the work culture is like. After all, spending long hours at your workplace without much else to do in your free time may mean you miss out on some of the best aspects of moving to a new country, such as forming a new circle of friends. And too much neglect of your personal life may end up affecting your emotional well-being and this is often one of the main stress factors expats have to deal with.