Expat financial management should be part of EU debate

One financial advisor with an interest in expat wealth management told British press, “A fundamental EU rule is you should only pay social security contributions in one country. If you are UK tax resident, but work for an employer in mainland Europe, you will normally pay social security contributions in that country instead of UK National Insurance. Without renegotiation, Brexit could result in dispute between nations as to where the social security liability lies, or worse, a liability in both nations,”

It is not just expat wealth management and healthcare that form the chief concerns of British expats in Europe; there are also worries about the cultural and lifestyle impact that any proposed Brexit might have.

And expats are not alone in feeling concerned about the impact of leaving the EU. Last week the pound took a dramatic nosedive in its value against the Euro, with most saying the fall came as a result of Boris Johnson, Mayor of London, voicing his strong backing of the “Yes to Brexit” vote.

To compound worries, long-term expats may not be able to have their say in the vote as there is a fifteen year rule in place under which UK expats who have lived outside the EU for fifteen years or more are not allowed to participate in a referendum. However, those in this position are not without power. They can still make their views known among family and friends and by sharing them over social media.

If you are concerned about how Brexit could affect you, or your loved ones living abroad, contact Blacktower to discuss the ramifications of a “Yes” vote on expat wealth management.

AROUND THE BRANCHES: Living and Working in the Netherlands 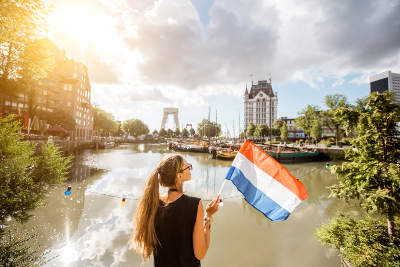 The United Kingdom finally left the European Union on 31 January 2020. As such, the two jurisdictions are now in the process of implementing the Withdrawal Agreement, with the transition period ending at the close of 31 December 2020.

This means that in the short-term, nothing really changes for UK expats in the Netherlands – they will continue to enjoy the protections and freedoms of EU regulations, including, crucially, freedom of movement and the right to work and study in the country. Find out more about how Blacktower can help you during Brexit, here.

However, following the end of the transition period – i.e. after 31 December 2020 – UK nationals and their family members who live in the Netherlands will require a residence document. This should be arranged through the Immigration and Naturalisation Service (IND), which, in theory, will be sending letters to all UK nationals in the Netherlands detailing how they can apply online. 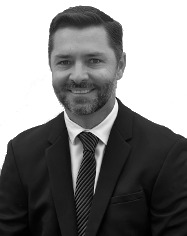 I’ve always been very service orientated, whether it was waiting tables in my teens or building and maintaining Enterprise network infrastructures in Spain and Portugal. I enjoy understanding complex, underlying concepts and I get great satisfaction when I can translate it into something my clients understand, relate to and see the benefits of. I got into financial services because I felt that it was very similar to my background in IT in that I continue to build networks, bridges and connections, however this time it’s not with equipment, it’s with people.