The budget, which has now been published in the Spanish Official Gazette, contains a number of important provisions, including a pension increase, with state pensions rising between 1% and 3%, depending on the individual recipient’s circumstances. The extension of the Spanish wealth tax (which was re-introduced on a temporary basis in 2011) for at least one more year is likely to be of interest to many expats, although this was predicted so is unlikely to come as a surprise either to them or their expat financial advisers in Spain.

However, despite the continuation of the status quo, advice remains important in this regard; if you reside in Spain and have assets worth more than €700,000, and a home worth more than €300,000 (allowances are doubled for married couples and civil partners), it is worth talking to your expat financial adviser in Spain as to how it is best for you to manage your wealth in this regard.

Furthermore, the threshold for income tax in Spain has been increased from €12,000 to €14,000. This means that those expats who carry out occasional work and earn less than €14,000 per annum, may not need to submit an income tax return provided of course that they are not earning income from other sources.

Another interesting facet of the budget is the introduction of a 30% deductible allowance for those who provide investment to start-ups, providing relief of up to €60,000 per annum. There are also further deductions for families with three or more children and those who have one or more disable dependents.

Aside from the new income tax threshold and the above listed details the budget leaves income bands and tax rates the same as they were in 2017.

Despite the hopes for more stability in 2021, this year has proven to be almost as turbulent as the last; the ongoing pandemic has not only led to uncertainty and unpredictability in the financial world, but also huge changes in terms of regulations and business conduct. Tightening of Regulation In the past few years, we […]

Final Salary Pensions – To transfer or not to transfer, that is the question? 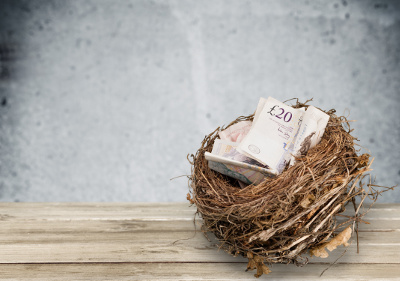 Recent pension transfers I have been involved with include British Airways and BT, amongst others, and these have prompted me to consider their perceived “gold-plated” image and whether clients may be better off transferring out to a Self-Invested Pension Plan (SIPP), perhaps, or a Qualifying Recognised Overseas Pension Scheme (QROPS).

If you are contemplating your pension planning, ask your pension trustees to send you a Cash Equivalent Transfer Value (CETV) and you may be shocked by the size of the sum involved. The British Airways Scheme recently offered over £500,000 transfer value to a member whose pension entitlement would be £20833 at retirement. That’s 24 times the income.