Similarly, Gary Barlow was named as an investor in a scheme named Icebreaker, which had been set up with the aim of generating paper losses that investors could use to offset against their profits elsewhere for tax purposes. Following a lengthy and expensive legal battle with the Revenue, the investors in Icebreaker were made to pay back millions.

These are both examples of tax avoidance. Whereas such structures are technically legal, they are nonetheless frowned upon by the tax authorities. Tax evasion, on the other hand, is entirely illegal. It is where an individual or company deliberately breaks the rules and deceives HMRC in terms of what they owe in tax.  Tax mitigation, however, is the legal way to minimise your tax liability using current legislation, exemptions and allowances, without the likelihood of being challenged by the tax authorities.

Examples of tax evasion include failing to file a tax return, not declaring your full income or hiding taxable assets. If HMRC disagrees with how you’ve calculated your tax liability it can seek to recover the shortfall with interest and penalties, including prison.

In response to a new wave of tax avoidance and evasion techniques, in 2013 the EU established the Common Reporting Standard. This provides for the automatic exchange of financial account information between Governments within the EU. It means that detailed taxpayer information is now automatically and periodically sent between Governments, providing complete transparency on the income and assets of those living abroad.

This represents a dramatic change from the former system, whereby financial information about an individual or business was only exchanged between tax authorities upon request, in cases where tax fraud was suspected.

As a resident in Spain, you will know that you need to submit your annual Modelo 720 by 31 March. This must detail your overseas assets and income in any of the following categories exceeding 50,000 Euros on 31st December.

1. Accounts in any kind of financial institution outside Spain e.g. banks, building societies.

3. Property and rights to property outside Spain.

After the initial return is presented, a new return must be filed when the total of any category of assets/income increases by 20,000 Euros or more, either at 31st December or during the last quarter of the year, or an asset is sold completely.

It is important to understand that under the new Common Reporting Standard, declared assets and income is now automatically compared between the source and the country of residence, so it is vital that you make sure you are clear on what is required of you when completing your Modelo 720.

Whether Modelo 720 is an attempt to raise government revenue in tax penalties or a misguided effort to target tax evaders, it is unfortunately here and we have to deal with it.  One way to mitigate the effects of the 720 is via the use of a Spanish Compliant Bond via a life company such as The Prudential, SEB or Old Mutual. Cash and investments can be held in these and they are exempt from the 720 declaration.

Introducing the new American Desk for US expats in Portugal

In recent years, the number of US citizens moving to Portugal has increased dramatically. The quality of life, relatively low cost of living and blend of both rural and city environments is resulting in a record number of US nationals making the move overseas. Portugal’s comparatively low property prices in particular are attracting a much […] 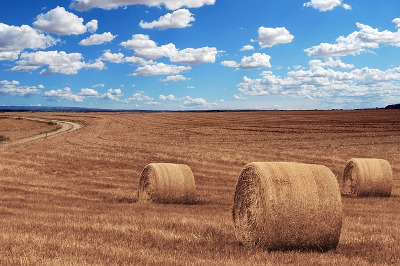 Making sure you have enough money for retirement is a crucial part of your financial planning process. But some workers may struggle to save more than others.

The government is looking to make reforms to automatic-enrolment (AE), possibly putting employees who work seasonally or part-time at a disadvantage when it comes to saving up for their pension.